By LRU Writer | On: July 20, 2018
New reconciliation seems to be right around the corner! Style artist, Jeff Leatham got back to his partner Colton Haynes after called it quits just after the six months of marriage in May 2018. 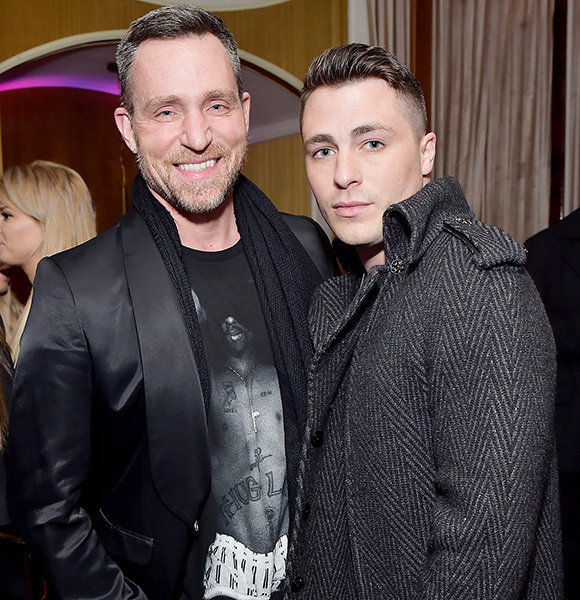 New reconciliation seems to be right around the corner!

Style artist, Jeff Leatham got back to his partner Colton Haynes after called it quits just after the six months of marriage in May 2018. The couple was photographed together at the Los Angeles airport together on 18 July 2018.

And it appeared that the ex-couple is firing the rumors of a reconciliation after the two months Colton filed for the divorce. The 46-year-old artistic director and Colton walked together through the terminal but when the photographers clicked on them, and they appeared to avoid paparazzi. A source reported to E!News that the couple was returning from Vancouver after celebrating Colton's birthday. Aside from celebrating a birthday, the couple seemed to have spent good time together. The source further added:

"Colton and Jeff got off a flight together at LAX. They were returning from Vancouver where they celebrated Colton's birthday over the weekend. Colton is filming Arrow, and Jeff was visiting him. It definitely seemed like they had reunited at least for the weekend."

Also, Colton revealed that Jeff came up with another proposal which he celebrated sharing a selfie where the couple stunned in the matching rings embracing by a pool.

Following their engagement, Jeff got married to the boyfriend-turned-fiance, Colton in October 2017 at a Hotel in Palm Springs in attendance of friends, family, and some fellow celebrities n took wedding vows in front of 120 guests.

The couple separated after the death of Colton's mother. His friend claims that he had been struggling since the loss of his mother, and surrounded with grief, Colton called for the quit.

As of now, Colton's pal believes that he "hastily ended things and split with Jeff too soon as a result of his grief and is now considering reconciling."

Getting in deep to their relationship, another reason behind their separation revealed to be insecure of Jeff towards Colton. Jeff pulled Colton away from his friends which left him alone and lose himself.

As of now, the couple seemed to be enjoying each other's company hinting the light on their reconciliation.

Four years after joining the company, he sparked the new techniques and revolution in hospitality designs by taking his talents to Four Seasons Hotel George V, Paris. Jeff's artistic work and designs flew over the wall of Hotel George and made a celebrity client which includes the name of Madonna, Tina Turner, Oprah and Celine Don.

The 46-year-old designer has also authored the book called Flowers by Jeff Leatham and Flowers by Design.  For her work and designs, he was awarded the French most prestigious award, Chevalier de L'Order des Arts et Letters, in 2014 as a admiration for her contribution to French culture.