By LRU Writer | On: March 03, 2021
Jessica Dime, Previously Engaged, Getting Married With Boyfriend Turned Fiancee. The reality star, Jessica Dime; known for starring in VH1's 'Love And Hip Hop Atlanta' is about to get married to her special man. 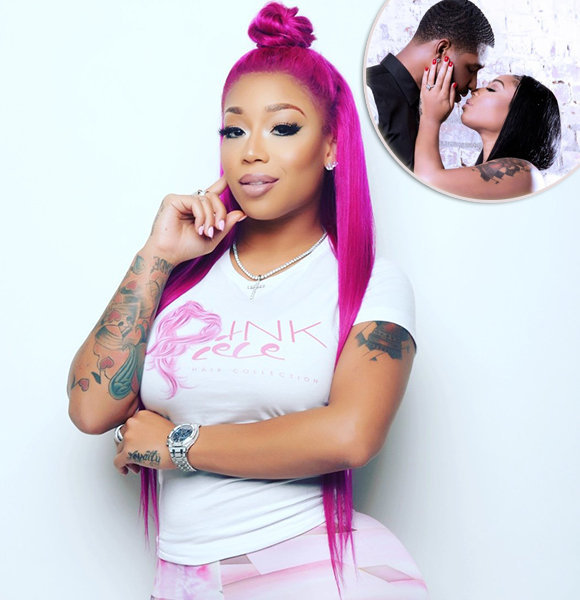 The reality star, Jessica Dime; known for starring in VH1's 'Love And Hip Hop Atlanta' is about to get married to her special man. Their wedding will take place on the occasion of Valentine's day this year.

On 15 July 2017, Jessica's fiance, Shawne had announced the date of their wedding via his Instagram.

Jessica reportedly started dating her then-boyfriend; now-fiance Shawne Williams, a former NBA player, in 2016. The duo was deemed as an official couple after the clips of their private moments together surfaced the tabloids in November 2016.

It didn't take long for Jessica to respond to the rumors. She finally confirmed her dating affair with Shawne via her Twitter account, tweeting that she loved him and had known him near her whole adult life.

Since then, the pair has been showering each other with even more love and care all over their social media.

The happy couple's relationship leveled up on 5 April 2017.

On the same day, Jessica even showed off her bling to the world through a short video.

Further, the same day, the beautiful girlfriend turned fiance, Jessica shared a series of pictures of her romantic photoshoot with her special man, Shawne via Instagram, adding that she cannot wait to be his wife.

Besides being a reality star, she is also known as a model, dancer, and rapper as well as a singer.

In 2013, Jessica, whose height is 1.67m, signed a contract as a recording artist to Flo Rida's management company. However, they discontinued their agreement later on. And, in July 2015, she came out with a single named, 'Disrespectful.'  Back on 4 March 2017, she shared that she took a different route in her career than what her parents wanted her to take, but also added that her parents are still supportive of her.