By LRU Writer | On: May 14, 2018
The Ex On The Beach Star Lillie Lexie Gregg announced via her Instagram on 13 May 2018 that the couple was expecting their first child. Lillie, age 26, uploaded a couple photo clicked on a beach along with a heart on the sand emblazoned with Baby Mc and the date of 21 October 2018, which duly hinted the time of the arrival of the kid. 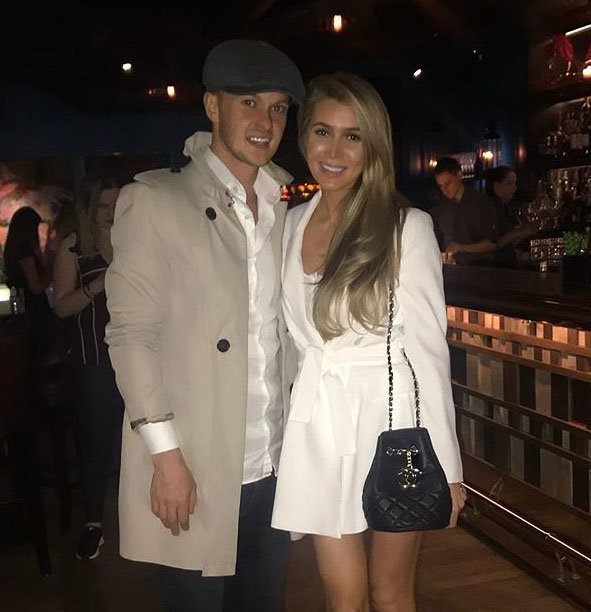 The Ex On The Beach Star Lillie Lexie Gregg announced via her Instagram on 13 May 2018 that the couple was expecting their first child. Lillie, age 26, uploaded couple photo clicked on a beach along with a heart on the sand emblazoned with Baby Mc and the date of 21 October 2018, which duly hinted the time of the arrival of the kid.

She further added she was halfway through her pregnancy and finished the post expressing her love to the father to be Josh. The couple was pictured cuddling each other in the photo with the model's growing baby bump clearly apparent.

Fashionista Lillie, who has had a history of high profile celebrity breakups, has apparently found love at last with the former Chelsea footballer.

Lillie and Josh started dating in October 2016. Just two months after the initiation of her relationship, the star claimed that her footballer boyfriend was very different from all her other exes and claimed that she was settled with him. Talking to Dailystar about the matter, she quoted:

“Yeah, I’m really happy. I’ve been really scared to talk about it in public for obvious reasons. But he is totally different to any other guys I’ve met before. It’s actually the first time in two years that I’m really genuinely settled. We have a really lovely normal life.”

The couple's affection towards each other was spilled in May 2017 after Josh went all out to celebrate his girlfriend's first birthday after they started dating. The footballer surprised the TV personality writing 'HAPPY BIRTHDAY' with rose petals in the couple's bed.

Lillie was taken by such gesture and confessed it was the best thing anyone had done to her.

However, the Celebrity Big Brother star's happy relationship is a far cry from her days with her exes, Gaz Beadle and Stephen Bear.

The fabulous model first rose to prominence after dating Geordie Shore star, Gaz Beadle. The pair started dating in 2013 and broke up in 2015 because of the decision of devoting more time to his career rather than love.

The couple appeared to have set aside their differences on season 5 of Ex On The Beach where the hunk apologized for cheating on her during their relationship. Lillie Lexie Gregg with boyfriend Gaz Beadle during an event in 2013 (Photo: Dailymail.co.uk)

Shortly after breaking up with the Geordie Shore star, Lillie dated reality show star Stephen Bear. However, their relationship also petered out quickly after Stephen cheated on Lillie for Chloe Khan in the sets of Celebrity Big Brother 2016, leading Lillie to confront the star and their subsequent breakup.

Lillie's current flame, Josh, meanwhile, was in a long time relationship with Coronation Star, Brooke Vincent for four years before their breakup in late 2016.