By LRU Writer | On: March 16, 2018
Bachelor Winter Games star Luke Pell found his love on Holly Allen for the second time.The reality star Instagrammed a picture with his girlfriend Holly Allen on Wednesday captioning,"Sometimes there's more than what you see on [TV]," following the quotes of Mother Theresa. 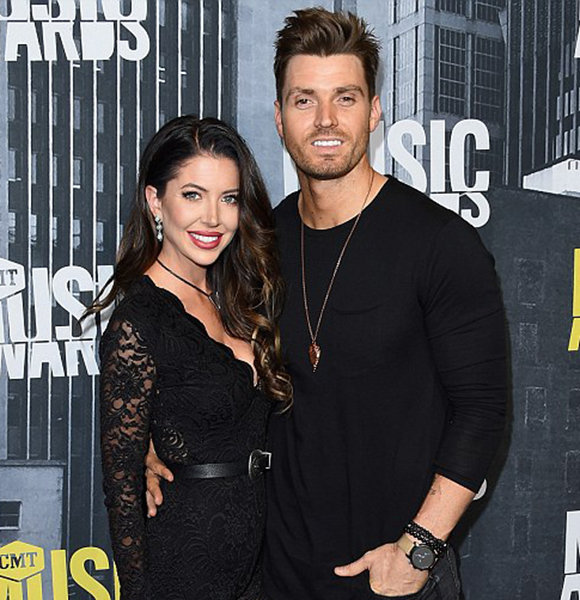 Authenticating the reunion with his ex, the reality star Instagrammed a picture with his girlfriend Holly while walking hand-in-hand near an airfield on Thursday captioning with the quotes of Mother Theresa. Holly is a resident of Los Angeles, and her LinkedIn profile states that she currently works as an actor/model for Peak Models and Talent and also as Vineyard Guide in Malibu Wine Safari.

The Army veteran, Luke was dating his beautiful girlfriend, Holly since January 2017. The pair seems to have a long-distance relationship for several months last year.

Luke and Holly have been dating again since January this year after she came back from Bali according to E! News.The duo attended 2017 CMT Music Awards in June last year and also hung out with The Bachelorette season 11 star Kaitlyn Bristowe and her fiancé Shawn Booth at a Bumble promotional event.

Luke called his decision the best decision he ever made talking to People on last February stating,

That was the greatest decision I’ve made. We’re together now and stronger than ever. I’m in love with her. I’m just thankful that going on this show helped me to find where my heart really was and who my heart was with.

Following their break-up last year, Luke began filming Bachelor Winter Games. The Texas native started a short romance with The Bachelor Winter Games contestant Stassi Yaramchuk, 26. The split was unveiled during the finale of the show. While having a “heart to heart” conversation with Stassi, Luke realized that “they weren’t going to have a future.”

Later, Luke told People that he went on to find love in the show which ultimately made him realize where his heart belongs and said,

I went on the show to find love, and I did find love. It made me realize where my heart was, and that was to reconcile with my ex. We're together now and stronger than ever. I'm in love with her. I'm just thankful that going on this show helped me to find where my heart really was and who my heart was with.

I hate if Stassi was hurt in the middle of that.

The 33-year-old star, Luke was once rumored to be in the relationship with reality TV series, Bachelor in Paradise contestant, Danielle Lombard in March 2017. But Luke denied their relationship stating that they are just good friends and he loves spending time together with her.

Luke and Holly had actually known each other before he was appeared on The Bachelorette as per The Elite Daily and the two seems to be rejoicing together now.