Michael Trucco is Married, Has a Wife and is Gay! You'll See How

By LRU Writer | On: January 04, 2018
Michael Trucco is Married, Has a Wife and is Gay! You'll See How. Micheal Trucco, who portrayed 'Samuel T. Anders' on the famous Sci-Fi series 'Battlestar Galactica', is one of the celebrities, who has a wife and claims to be a gay openly. 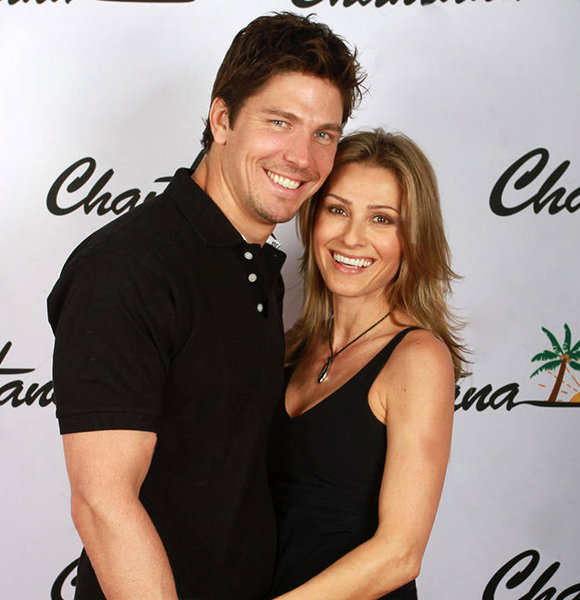 There was a time when the word gay meant happy. But it is not the case anymore. We live in the era where being gay involves legal and societal acceptance and is a way of representing one's sexuality.

While some people still hold the conservative thought regarding the concept of being gay, there are some who are open-minded and accepting.

Micheal Trucco, who portrayed 'Samuel T. Anders' on the famous Sci-Fi series 'Battlestar Galactica,' is one of the celebrities, who has a wife and claims to be a gay openly.

Wondering what is the secret behind his implausible romantic life? Let's clear out the confusion down below!

Micheal Trucco, a married man, and a gay:

Micheal Trucco is one of those celebrities who prefers to stay away from the limelight when it comes to personal life. He is happily married to his wife, and co-star Sandra Hess.

The couple lives in Los Angeles along with their two cats and two dogs. Sandra Hess took to Instagram back on 9th April 2016 to share the picture of their happy married life captioning "Our little family."

Noone ever pondered about Micheal's sexuality before, but on June 23, 2014, one of his admirers questioned about his sexuality on his Twitter account and Micheal had the best and witty reply to that matter. Take a look!

Though the actor hasn't been able to land himself in big movies yet, his successful role in hit TV series like 'How I met your mother,' 'Revenge,' 'One Tree Hill and Castle' has helped him to earn huge fan following.

His wife and well-wishers were hit with a harsh news when the actor was involved in a severe car crash in  Malibu's Pacific Coast Highway back in December 2007. The actor was airlifted from the spot. During the terrible period, his wife Sandra was by his side through all that agony and expressed:

"Michael was unbelievable. He never complained — not even once — nor did he ever ask, 'Why me?' He was never angry or resentful at his friend who was driving. I really believe it's his attitude that got him through this thing. He willed his survival."

The actor, after the incident, remains careful and often shares a shirtless picture of his post work out session on his Instagram.

On those hardships, his wife Sandra stood by his side like a rock. The couple has recently celebrated their eight years anniversary.

He is the lucky one to have survived the fatal accident and have a love of his life by his side through all those tough times.

Despite the couple's affection towards each other, his fans often put out the gay tag. However, his new sexual identity is still getting published rapidly.