By LRU Writer | On: February 27, 2018
Rebecca Gayheart’s Husband Responds To Divorce! Calls It ‘Best Decision’ The former Grey's Anatomy star Eric Dane has finally responded to the divorce petition of his estranged wife, the American television and film actress Rebecca Gayheart, by filing a request on 23 February 2018. 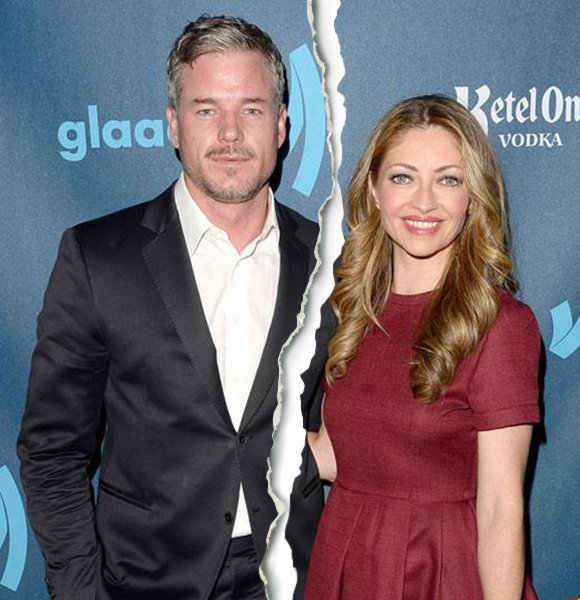 Former Grey's Anatomy star Eric Dane has finally responded to the divorce petition of his estranged wife, the American television and film actress Rebecca Gayheart, by filing a petition at the court of justice on 23 February 2018.

Interestingly, the documents filed for a response to Rebecca seems to be a duplicate of Rebecca's petition that got submitted to the court on 16th February 2018. Just like Rebecca, the 45-year-old actor Eric filed for joint legal and physical custody of their daughters. The pair is the parents of their two daughters: 7-years-old Billie and 6-years-old Georgia. Eric even supported his ex-wife's request for spousal support and cited the reason for their split to be "irreconcilable differences."

The separated couple even talked to the E! News about their splitting and there quoted that the divorce was the best decision for them. Committing that they will remain friends forever and work their best to be a good parent, both the couple quoted,

"After 14 years together we have decided that ending our marriage is the best decision for our family," the two said. "We will continue our friendship and work as a team to co-parent our two beautiful girls as they are the most important thing in the world to us. We kindly ask that you respect our privacy during this time as we navigate the next phase of our lives."

Eric and Rebecca, who married and vowed to be the best wife and husband for each other on 29th August  2004, faced a lot of challenges before they ultimately ended their 14-year long relationship.

Previously in 2009, a nude video of Eric, Rebecca, and Kari Ann Peniche appeared on the internet via Gawker. After the pair sued the Gawker, the media outlet took the video down from the internet.

After two years, Eric joined the rehabilitation center for an addiction to painkillers that were prescribed to him after a sports injury. During the time in 2014, Eric, while speaking with PEOPLE, confessed his love towards Rebecca quoting her to be the person he loves most. He even said that he regrets pulling Rebecca in his mistake and mess.

We’ve all made mistakes. My one regret is that I got the person I love most wrapped up in all that: Rebecca.”

Nevertheless, Eric added that he finds himself to be very lucky to have his wife and children by his side as a family. He said,

Moreover, Eric has also been struggling with his depression problems. Earlier in 2017, he stepped away from the TNT series The Last Ship to focus on his battle with depression and then stayed at home with his wife and children.

Though things have been different for now as the two are separated, it seems like both want the best for their children and doesn't want to let the split hamper their life.