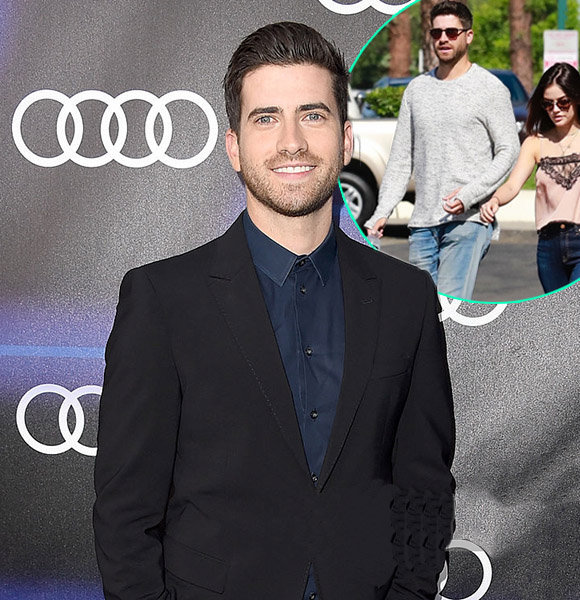 New Romance in the block!

Ryan Rottman, who is famous for playing Joey Colvin on Teen Nick's series, Gigantic, has been spotted holding hands with Pretty Little Liars star Lucy Hale. The duo was witnessed walking around hand-in-hand as they went to grab a coffee in Los Angeles on 2 June 2018.

The newest couple went to grab a coffee at nearby Starbucks store while they were photographed together by the paparazzi. While on his date with his girlfriend Lucy, Ryan opted for ripped denim jeans matched with a sweater while holding water to stay hydrated. He had his shades on to avoid the sun and completed his look with brown shoes.

Well, as for Lucy, she made the appearance in 7 For All Mankind jeans and a pink tank-top. She looked perfectly ready for the summer with sunglasses and completed her chic look with black slides. She appeared with minimal makeup and had her purse, phone and car keys packed up in her hands.

As for the new couple sparked with a new romance, they sure seem cute together. Prior to making a public appearance with Lucy, Ryan was romantically involved with Jessica Vargas but they split earlier this year.  Long before his relationship with Jessica, he was seeing Victoria Justice whom he dated for almost two years from 2011-2013.

As for Lucy, prior to being spotted with Ryan, she was getting cozy with her Life Sentence co-star Riley Smith. Lucy and Riley, who were making their efforts to hide their relationship, confirmed their romance during a PDA filled Valentine's Day dinner. They were spotted kissing and holding hands after the romantic meal.

They were also spotted enjoying a romantic Hawaiian vacation together back in May when they were dating.

Moreover, prior to sharing romance with Riely, the songstress dated long-term boyfriend, Anthony Kalabretta. Lucy and Anthony dated for two years before splitting in May 2017.