By LRU Writer | On: February 12, 2018
Sabrina Dhowre, 29, Engaged! 5 Facts On Idris Elba's Fiancee Beauty queen actress Sabrina Dhowre is engaged to the British actor, Idris Elba. Well, the actor Elba,45, went on to his knee to propose his long-time girlfriend, Dhowre on Friday evening ahead of a screening of his latest film Yardie at Rio Cinema, Dalston. 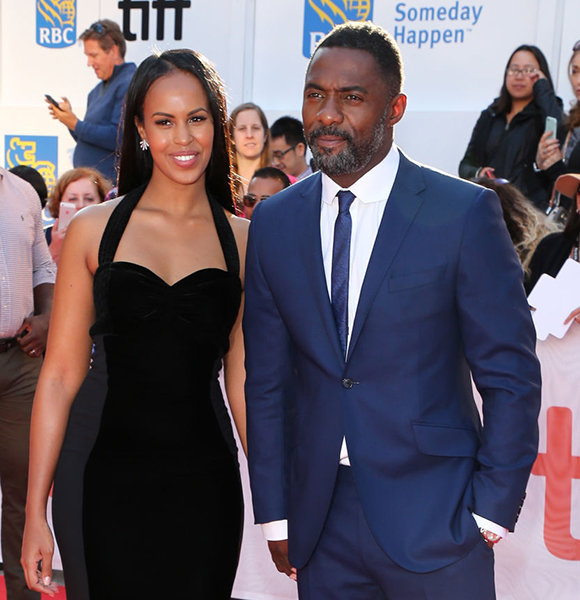 The Beauty queen and actress Sabrina Dhowre is engaged to the British actor, Idris Elba.

Well, actor Elba went on to his knee to propose his long-time girlfriend, Dhowre on Saturday morning during the preview of his directorial movie debut, 'Yardie' at Rio Cinema, East London.

The Rio Cinema was quick to confirm the news and congratulated Idris and Sabrine on their engagement via Twitter as,

Another @riocinema first! Still 5 days to Valentines Day but @idriselba went down on one knee and proposed to his girlfriend live on stage this morning before a preview of his film #Yardie pic.twitter.com/XRtca1xcv0 — Rio Cinema (@riocinema) February 10, 2018

Well, Dhowre and Elba have been sharing the romantic life, since early 2017. And the engagement news arrived like a surprise, as Elba, who had married twice followed by divorce, had claimed that he'd never marry again.

But, now they are engaged to get married after their short dating life. It seems he could not limit his joy for the special moment as his other half said 'yes.'

1. Sabrina Dhowre Is From Vancouver With Somali Descent:

American actress and model, Sabrina Dhowre is of the age 29, which makes her 16 years younger than her fiance Idris who is 45. However, she has not disclosed on which day she celebrates her birthday. Similar to her mysterious birth date, her religion is also a mystery.

Many of her fans might be unknown to the fact that, the beautiful actress was crowned Miss Vancouver back in 2014. The former beauty queen today does a job of a model and actress. Well, the previous relationship of the actress is not known, but Idris has a very long relationship history which was highlighted in the media.

But her fiance, Idris was married to Kim Norgaard from June 1999-2003 and shares a daughter Isan Elba(15). He then got married to property lawyer Sonya Hamlin for four months from 9 April 2006 to 11 August 2006. He also has a son, Winston, aged three, with the former girlfriend, Naiyana Garth.

4. Dating Life Of Sabrina And Idris:

The actor, with a net worth of $ 20 million, was first spotted with Sabrina in Manchester in August 2017, but the source says the pair has been dating secretly since March 2017.

Their relationship quickly moved to the next level when they went public during the premiere party for Idris' film 'Molly's Game,' at the Toronto International Film Festival in September 2017. The beautiful actress is not on the social networking sites, including Twitter and Instagram. She is private just like Idris, and probably she is not the one to flaunt her personal life.