Shep Rose 37, Chooses None! No Relationship At 'RelationSHEP'

By LRU Writer | On: January 16, 2018
Shep Rose 37, Chooses None! No Relationship At 'RelationSHEP' The Southern Charm star, Shep Rose shocked everybody by choosing neither of the finalists; Peyton or Priscilla, on the finale of the reality show “RelationSHEP.” Shep Rose, who left behind the two finalists, instead chose to go after his previous romance, Bella Clark, who earlier left the show and went to New York. The couple had split earlier, before the finale of the show, as confirmed by PEOPLE. 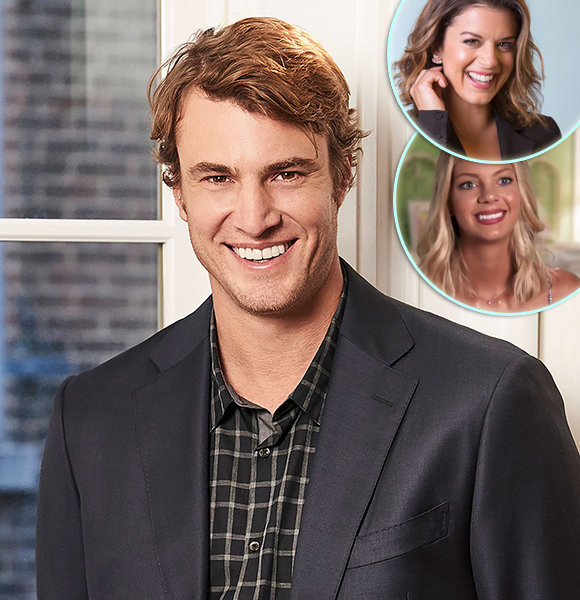 The Southern Charm star, Shep Rose shocked everybody by choosing neither of the finalists; Peyton or Priscilla Altschul, on the finale of the reality show “RelationSHEP.”

Shep Rose, who left behind the two finalists, instead chose to go after his previous romance, Bella Clark, who earlier left the show and went to New York. The couple had split earlier, before the finale of the show, as confirmed by PEOPLE.

Shep Rose went on the records to talk about the split and explained,

“Sadly, it didn’t work out. It’s too bad. She’s an awesome girl, and when she left the show, I couldn’t get her out of my head. I really adored her. I had a warm and fuzzy feeling about her, and I wanted to see where that went. But the only time we spent together was on camera, and once you are with each other in a different setting, you maybe find out you’re not as compatible as you thought. We just couldn’t make it work.”

He even revealed that Bella might not be prioritizing their relationship enough. He divulged,

“What’s important to you, it’s just so different where you are in life that it’s hard to overcome. After the show, I really earnestly wanted to hang out with Bella, so I went up to New York to see her a few times for a week here and there. And we spent great time together. But she was at a place in her life where she had a lot on her plate, and a relationship may not have been top priority.”

Rose further commented on his New York trip to meet Bella after the episode,

“We sort of just drifted apart, by no real fault of anyone. I went home and we were sort of texting a little less. And then I came back to New York one last time to see her, and it was clear there that it was over.”

From that, it is evident that despite the split, the duo still maintains the friendly environment with each other as Rose explains the situation,

“I still text with her in a very friendly, benign way. It’s okay. Onwards and upwards.”

Rose Shep also maintained the friendly terms with the girls, Peyton, 27 and Priscilla, 34, whom he left behind in the finale of the show. However, he realized his act on the finale was a little hurting for the girls, especially for Priscilla, which he further explained,

“She doesn’t take anything from anybody, and I need to be slapped around a little bit sometimes. I think she would have done that.”

Shep further added about Priscila on the interview,

“Maybe we can all get together someday and laugh about this whole crazy experience, that would be fun.”

As for 27 years old Peyton, who is a dog groomer by profession, she seems to have moved on from the incident and is currently involved in a relationship. Shep revealed in the interview with Bravotv,

“I saw her a few days ago, she has a new boyfriend, so I’m happy to see that. I’m sure it didn’t take long with her looks.”

Rose, who has reached the age of 37, is evidently single now despite his show "RealtionSHEP," which mainly shows Shep meeting different women to search for the perfect match.

“I don’t know where my life is going to take me, but I’m very happy. Everything’s good. I’m sort of still trying to figure it all out and enjoy the adventure. Personally, I’m really excited to see what comes next.”

It seems he'll have to wait a little longer to enjoy his share of married life with a lovely wife!

Everything You Need to Know About Rose Shep:

Rose Shep was born on 1980 in Hilton Head Island, South Carolina, United States to parents, Frances Rose and William Rose. His family also consists of his siblings, a brother named Whitaker Rose and a sister named Katherine Rose. As for his education, Rose Shep has graduated from Vanderbilt University and the University of Georgia.

As promptly as his college days were over, he started working as a businessman. Later in 2014, Rose starred in the TV series "The Southern Charm" in 2014 that followed his own show "RelationSHEP."

As of 2018, his awaited show Southern Charm's fifth season is expected to release in the spring on BravoTv.