Daniel Ezra's Net Worth & His Life with His Parents 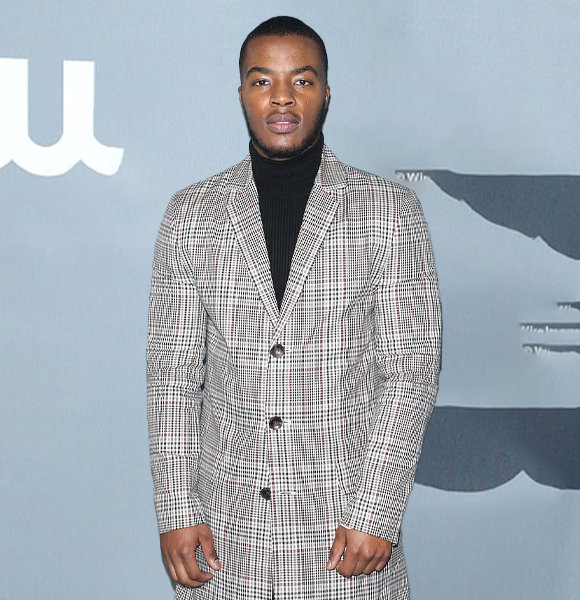 Famously known for starring as the character Spencer James in the series 'All American,' Daniel Erza has already made an imprint in the entertainment industry.

With a rising net worth and show deals, let’s get to know the star a little personally.

Belonging to the British ethnicity, the actor has been hush-hush regarding his family, net worth & personal life.

As we all have seen, Erza has an amazing fitness foundation. Daniel Erza for the shoot of tatlermagazine (Source: Instagram)

Well, it turns out we have his parents to thank, especially the star’s father, who is a fitness coach.

“No matter where I am, I will get up, meditate for 5 to 10 minutes, then do push-ups, sit-ups, squats, and calf raises. I'll work up a sweat, but it's more like waking myself up and getting in a good place to start my day.”

Adding on, he talked about making a plan, doing compound exercises, and working on flexibility.

Also Read About: Why MSNBC's Chuck Todd is Raising His Children Jewish, Meet His Non-Jewish Wife, Family With Diverse Background

Sharing his love for the outdoors, the actor expressed how much he loved hiking and would not miss a chance for a nice view.

Moving on to his mother, there is zero information provided as the star loves to keep his family life away from the media’s limelight.

Now, let’s move on to the bits, which are public knowledge.

Daniel Erza’s Net Worth and Career

Being a dedicated individual, Erza devoted himself to Spencer’s character.

“I took a football with me everywhere I went.”

“I ran on a treadmill, I took a football. If I went on a walk, a football came, too. I wanted to get as comfortable with it as possible.”

Did you think this was all?

Let us tell you.

As the star always had a British accent, when Erza transitioned to 'All American' it was pretty challenging for him to change his accent into American.

But as dedicated and driven as Daniel is, he started listening to Los Angeles rappers.

Adding on, the star even shared how he would travel around the neighborhood to practice his accent.

“So I only speak American when I’m here.”

“Unless it’s for press, like in interviews, [and] pretty much when I got off the plane, to come here, it was all American. I wanted to practice. I would go to restaurants and places [and] if they looked at me weird or confused, I knew I was getting it wrong.”

And the amazing thing is when the cast was filming, they had no idea Erza was British.

The star has perfected the accent, and nobody could tell a flaw.

“I pretty much stayed in the accent throughout filming.”

“So, most of the crew didn’t realize I was British until we wrapped the pilot. When we finished, I started talking normally, and everyone was [shocked].”

Wow! The dedication and hard work are really great!

Moving on to the star's earnings and net worth, it has only been eight years since he started his career in acting and movies.

Nevertheless, Erza has been consistently adding to his net worth with hard work and deals.

With 15 acting credits and most of them being series, the star actor has accumulated a nice salary in terms of net worth.

If we were to give a monetary value, the star has a raving net worth of $1.5 Million.

Stay with us for upcoming details!