Freddie Jackson's Reply To The Gay Rumors On A Docu-Series

By Bahar Jung Thapa | On: August 27, 2021
Freddie Jackson responds to questions regarding his sexuality on the docu-series named Unsung. 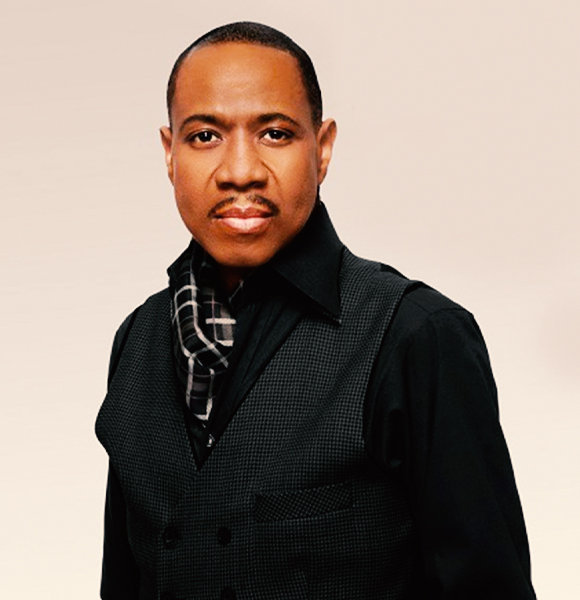 Freddie Jackson has conveniently deflected the questions regarding his sexuality throughout his career.

However, a particular feature caught everyone's eye when it was told that Jackson would openly talk about his sexuality on TV One's docu-series named Unsung.

Answered All The Rumors?

In 2012, after the episode of Unsung was announced, many people were excited about the interview as it was a matter of interest for many.

The news that garnered a lot of buzzes was shortly turned into disappointment when the interview was aired.

The Rock Me Tonight (For Old Times Sake) singer did nothing but dodge the anticipated question.

When questioned about his sexuality, he said,

"I’ve never had to explain myself to my mother. God will judge us for who we all and what it is that we do."

The Harlem-born American Singer neither denied nor accepted any of the claims, leaving the interview plot meaningless and making people even more confused.

After the interview was aired, many people put out their personal opinion regarding his response.

"Actually, he did answer without answering"

Said a user on a Yahoo discussion page. The user said that a straight person would always end the rumors if they were not gay, but that wasn't the response in Jackson's case.

Although the 64-year-old Grammy-nominated singer does not owe anyone an explanation, the ongoing speculations do not seem to stop.

While no conclusions can be made regarding his sexuality until now, The American Music Award Winner's (1988) married life has also been in question then and now.

Lack of a girlfriend or a wife In Jackson's life has also at times given life to his gay speculations.

Despite being 64 years old, his dating life with women has never been out in the media.

However, this does not mean that the singer has never been linked to anyone. He was once romantically linked with Patti LaBelle and Melba Moore, but these claims had no sturdy base.

But the singer did put out a performance with Patti LaBelle back on February 15, 2019.

Despite being a single man, he does have many female following and female friends that he loves spending time with.

On November 30, 2019, Jackson uploaded a cozy picture with his two female friends Angela Winbush and Stephanie Mills, and captioned it as,

"Getting some TASTY LOVE from my friends..."

More On The American Singer

The You Are My Lady singer might seem to be in the news due to gay rumors, but his career achievements have given people many other reasons to talk about him.

As reported by Celebrity Net Worth, the 64-year-old is estimated to have a net worth of $3 million.