By Bahar Jung Thapa | On: September 16, 2021
Jamal Adeen Thomas's parents' separation during his teen led him to stay apart from his mother, but why did they separate? 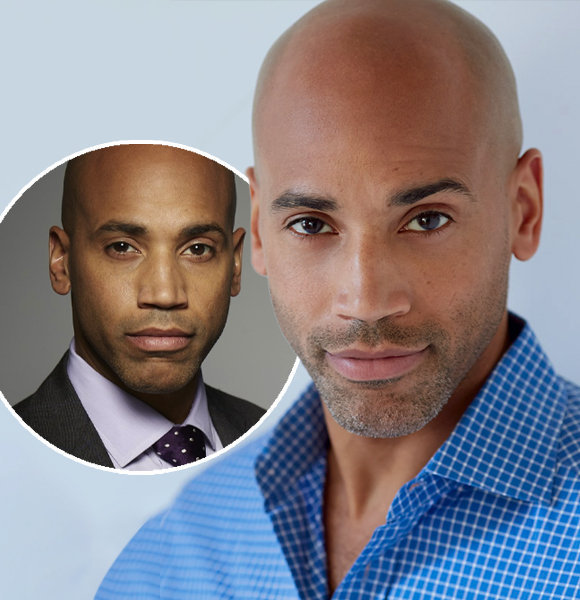 Grey's Anatomy fame, Jamal Adeen Thomas's father, was in an extra-marital affair with another woman, which led his parents to break apart, and he had to separate from his mother.

The Grey's Anatomy star is the only son of Clarence Thomas and his mother, Kathy Ambush.

Clarence was introduced to Kathy Ambush by his friends at Holy Cross. "I remember him telling me he was in love, "said one of Clarence's friends, Eddie Jenkins, after just days of meeting Ambush.

Eventually, on June 5, 1971, the two married after the 73-year-old lawyer's graduation.

But the college romance soon turned into a bitter experience when things did not work out, and the pair decided to divorce after 13 years of being together in 1984. While the reason for divorce is unknown, it seemed like the two were in an unstable marriage. Why so? The famous American lawyer, Thomas, was in an extra-marital affair with retired federal prosecutor Lillian McEwen.

According to New York Post, the two dated while Clarence was still married to Jamal's mother, Kathy.

Their dating history started in 1981 and continued to date while he was still married to Kathy for almost four years.

After separation from Kathy, Clarence and Lillian started seeing each other, but their relationship did not last long.

The American lawyer separated with McEwen just before Clarence married his now-wife, Virginia, in 1987.

All of these details were revealed by McEwen in her memoir that was released in 2011, named DC Unmasked & Undressed.

After his parent's divorce, the 48-year-old, Most Wanted star, Junior Thomas, also separated from his mother and began living his life with his father and stepmother.

Jamal's identity has mostly been related to his father, as Clarence has an infamous media history. Back in 1991, Thomas was accused of sexual harassment.

Anita Hill accused the lawyer of sexually harassing her while working for him at the Department of Education. Thomas denied the allegations and was deemed clear by the court since he got a 52-48 Senate vote.

But Jamal is much more than the son of Clarence Thomas. Over the years, he has been able to build his own identity as an actor.

Who Is Jamal Thomas?

Being a Lawyers' child, it was an unusual direction that the actor took as a career. He started his acting journey from his debut appearance in Miracle's Boys.

He started gaining popularity from his role in the hit television series Grey's Anatomy in 2006. That was the beginning of his success journey.

He has never stopped working since. Each year, he takes up a role that only pushes his talent forward to the masses.

The 48-year-old featured in movies and series such a Two and a Half Men, Entourage, Law&Order: Los Angeles, and many more. The actor's professional life has always been a known subject. However, Jamal is a very private person when it comes to his personal space.

He has never revealed his relationship status, and, as of now, he does not seem to be dating anyone or married to anyone.

Maybe the media treatment and exposure that his father's relationship got led the actor to be very wary of the details he shares on the media. But, all in all, he's a talented individual who lets his work speak it all.

His recent venture was FBI: Most Wanted in 2020, which can be streamed from the CBS network.