Who Is Matt Stonie's Girlfriend? A Look Inside His Love Life

By Bahar Jung Thapa | On: September 24, 2021
Matt Stonie does not really share much about his personal life on social but his girlfriend took to Instagram and revealed some details about their dating timeline. 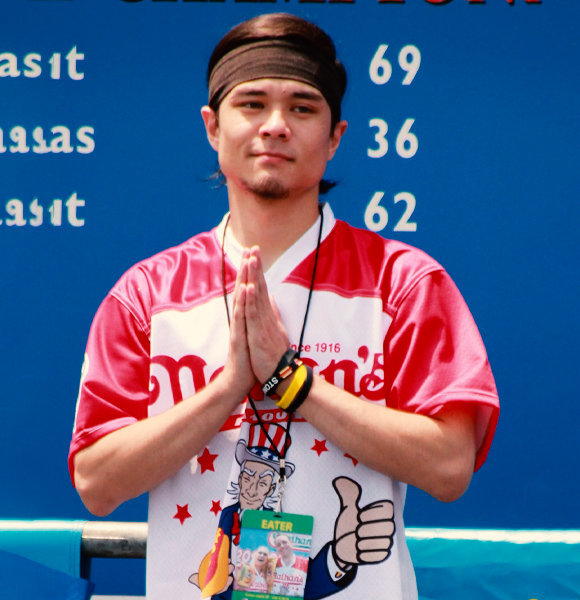 "Happy Valentine’s Day~ even though you’re in Japan and I’m here in California lol. 5 years and 2 days ago, we had our first conversation." Well, her caption clearly goes on to show the timeline of the start of their relationship.

Love Of Over 7 Years

Half-Japanese YouTuber Matt Stonie is in a relationship with his girlfriend for over 7 years now.

Back in February of 2020, the pair celebrated their 6th anniversary.

And the most interesting part of the love story, their anniversary lies on February as well.

Guess the month of Love sure did have its charm on the couple!

Like her Youtuber boyfriend who enjoys making mukbang content and food content overall, Mei is one of a foodie herself, or maybe she loves accompanying her boyfriend on the adventure.

Mei, an Asian, is much into fitness. She posts videos of her on the gym and working out.

Although the Japanese-American YouTuber does not share much of his personal life on his social media, his companion compensates for it all.

The two go on nice little dates and spend quality time with each other, even on birthdays.

On a picture posted by Mei on May 25, 2019, she went on a nice dinner date with her beau on the occasion of his birthday. Sharing the love on her Instagram, she wrote,

Last year we went on a cruise.. and this year we are in our first home! Happy 27th bday ! Thank you for all that you are and all that you’ve done for our little family.

"Our Little Family," you might wonder who else is in the family. Well, it's none other than their child. Their dog, or should we say their dogs!

The couple has two beautiful dogs. They share their lives with a Shiba and a Husky. And they seem to keep the pair quite busy. Matt, a very popular name in the World of YouTube, garnering over 14.6 million subscribers in the span of almost 10 years on YouTube.

Stonie is a popular YouTuber who joined youtube almost 10 years ago.

He is popular for making mukbang videos and more so for challenging himself to eat a large amount of food. Some examples being, eating 1620 french fry challenge, eating Grand Mac Meal in the shortest amount of time, etc.

His most popular video on the platform is the one from 22 July 2015, where he challenges himself to eat Korean Fire Noodles (15 packs).

That must have burned!

The video has over 115 million views and is only growing.

He started his career as a competitive eater back in 2011 when he debuted at the Stockton Deep Fried Asparagus.

He currently resides in San Jose, California, United States Of America. He started his career as a competitive eater back in 2010 when he won a lobster eating contest.

The 29-year-old is a World record holder for many events, some of which include eating a birthday cake (5.5) pounds in 9 minutes, eating 20.5 chicken spiedies in 10 minutes, etc.