Michael Ealy's Staggering Net Worth & Learn about His Brother 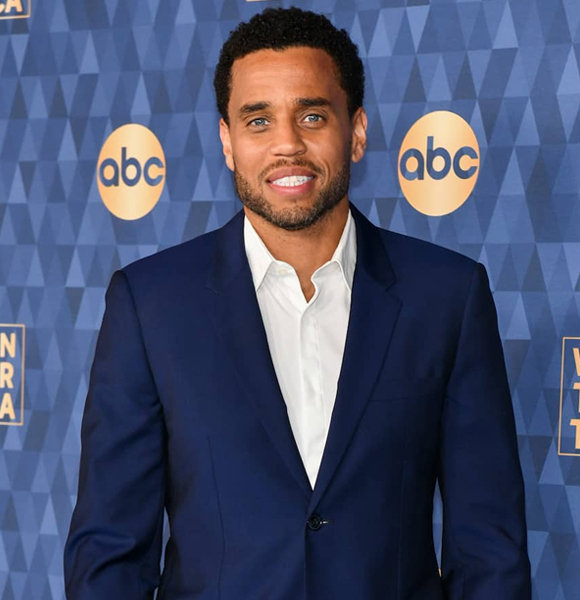 Michael, a solemn personality, has been featured in highly grossed movies throughout his career, contributing heavily to his astounding net worth.

What Is Michael Ealy's Net Worth?

To simply answer your query, his net worth is listed in millions. But how much? Well, for that, you have to know how far this amazing talent has come in the industry.

Having started his career during the late 90s, the 48-year-old first appeared in movies and TV series during the 2000s.

He was seen in the all-time famous 'Law and Order' in a minor role and started his career in most of the projects as such.

Michael's appearance in the series was minor, and it remained stagnant for a while until things changed dynamically with his role in '2 Fast 2 Furious' and 'Barbershop.'

He was recognized and offered to play the lead in multiple projects. Michael got a part of the main cast in the series 'Sleeper Cell,' and his career skyrocketed from the mid-2000s.

Ealy appeared in other notable series such as 'Almost Human' and movies like 'The Intruder' and 'The Perfect Guy.'

Furthermore, the actor was also seen in two episodes of 'Westworld' back in 2020. For his outstanding acting, the Hollywood star was nominated for Golden Globe Awards back in 2007.

With numerous credits in big banner projects under his belt, Ealy's time in success has been nothing but rewarding and more.

And much rewarding his career has been, his net worth is one hefty sum that has constantly increased. As of 2022, Michael Ealy has amassed a net worth of $3 million.

A flourishing and happy career, what more does one need, right? Partly true, but family is equally important for some.

More On His WIfe: Khatira Rafiqzada's Wiki: All About Her Age, Married Life With Husband Michael Ealy and The Children They Share

In the case of Ealy, not much is known about his family. However, people have noticed and guessed that one of his family members might also be in showbiz.

If so, then you probably know Dr. Jackson Avery, played by Jesse Williams.

Ring a Bell? Well, hold on to that thought.

For everyone who does not understand what we are implying, Jesse Williams features as a main cast in the long-running series, 'Greys Anatomy.'

Blast From The Past: Jesse Williams's Dating Affair With Girlfriend Is Public! Just Months After He Filed Divorce From Wife

And if you check him out, the resemblance of Michael and Jesse is kind of uncanny, for many at least.

As a result, Jesse Williams and Michael Ealy are guessed to be brothers. But that is not the case, Michael does not have a brother, and the two sure are not twin brothers. The two starred in the same movie, 'Jacobs Ladder,' from where all the questions started.

But to confirm again, Michael does not have a brother, but he indeed is a brother to a sister, but not much is known about the brother-sister relationship.

Touching briefly into his parents' details, his father worked in the grocery business, and his mother worked at IBM for about 30 years. More so, Michael led a "middle-class upbringing."

Back in 2014, taking to his Twitter on veterans day, he shared how his parents had served in the military, and he had a lot of respect for veterans.

Ealy seems to be rooted in his childhood and pretty close to his parents.

Although he does not share much about his family life, we are sure of one thing; he is definitely happy and content with his family. And, his multi-million dollar net worth earning career is simply cherry on top.