Who Is Ricko DeWilde's Wife? A Look Into His Family Life 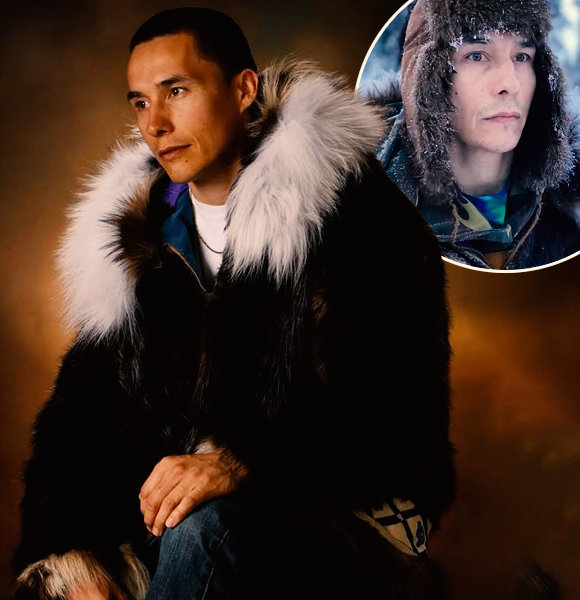 Ricko DeWilde has found a partner that enjoys wilderness as much as he does. However, even after sharing 5 kids with his partner Ricko's marital status is unknown to many.

Ricko lives a happy life alongside his partners and children, but his marital status is an intriguing part of his life.

But from what can be seen online, the pair have been together for a while now.

Ricko's partner, Rona's appearance on his Instagram, dates back to 2013. This was the year where he shared much of Rona on his social media.

Writes Nat Zeo's Life Below Zero star while sharing a beautiful picture with his partner.

Although Rona has been in the television star's life for a while now, whether his beautiful partner is his wife or girlfriend is still a question that is yet to be answered by DeWilde.

But what we know is that she is the mother of his five children. The family of 7 is surrounded by 5 children, three daughters, Simone, Skarlett Haze, and Maya Denae, and two sons named Skyler Blue and Keenan Nulitna.

Like Ricko, his partner also has a passion for the wilderness. Ricko, who is often busy with his commitments to the show, enjoys free time by going on hunting trips.

Both the pair are Koyukon Athabascan, a group that occupied territory along the Koyukuk and Yukon rivers.

The family is very close, and Ricko is already teaching his children a thing or two about life in the woods.

They often go camping and hunting together, and by the looks of social media, his children enjoy it very much.

The life that the 45-year-old shares alongside his partner and beautiful children look like something straight out of books, but his life was not this stagnant for Ricko always.

Life In The Past

Some might wonder where does the fascination for the wilderness come from for the television star. It turns out this was his life way before the Television.

He spent 18 years of his life in the Koyukon Athabascan region with his 13 brothers and sisters.

In an interview with Indian Country Today in 2019, he revealed that he and his siblings grew up in camps, hunting, trapping, and fishing. The 45-year-old had to harvest everything by himself to put food on the table.

Ricko wants to pass down his Native Alaskan tradition to his children by its looks, he is successful in doing so

Talking about his relationship with Alaska in an interview Cowboys & Indians, he said,

I don’t belong in Alaska. I belong to Alaska. I don’t own land in Alaska. Alaska owns me. I’d be lost if I moved away.

When DeWilde looked back into his life 15 years ago, he explained the feeling as a 'defeated feeling.'

In the same interview, he talks about his struggles from the past.

The Native rights activist spent two years in jail on cocaine possession charges. His habit of substances pulled him down to a dark place in his life, but thankfully, the 45-year-old was able to turn in life around.

Talking about how free he feels now that is clean for over 15 years, he told the platform,

I felt so much better when I was able to laugh and let my feelings out.......I learned to wake up every day and think, I might feel like crap, but eventually I’ll be smiling and talking

Ricko, age 45, now has turned his life around and strives for success and stability.

His feature in Life Below Zero gave him massive popularity and put him on the pedestal of a television star.

Career With Life Below Zero

The NatGeo documentary series Life Below Zero explores the daily struggles of Alaskan Natives who survive in a sub-zero-degree environment.

The documentary takes the viewers through the techniques of surviving in those environments. Ricko is featured in 30 episodes of the series.

He takes the viewers through a journey and shows the struggles to adapt to the environment.

Ricko credits most of his patience towards his children to the show. In an interview with blogger Eric Nestor, he explained how the show has helped him become a more patient father.

Ricko DeWilde On Life Below Zero

He further explains how the film crew wants to see more hands-on experience from his kids. The questions asked by his children in the show are always a valuable lesson for the audience.

A little-known fact, the television star is also an entrepreneur. He owns his own venture of apparel named Hydz.

Ricko continues enjoying living his Native life just the way it is. His kids have already started to respect the lifelong tradition that DeWilde strives to protect in his family.

With the feature from the show, Ricko earned a salary of $4500 per episode on the show and adding his venture, the television stars must have been able to rack up his net worth to six-figure.