By Bahar Jung Thapa | On: September 08, 2021
Scott Gillen's hard work in The Malibu Series has definitely boosted his net worth. 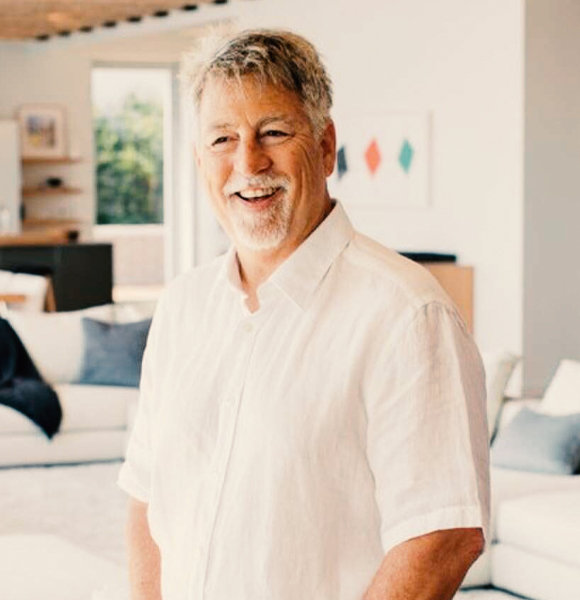 Former stunt driver and commercial director Scott Gillen is on cloud nine after designing a business worth multi-million.

When you walk out there and you see these houses rising from nothing, it's amazing

Said one of the property owners of the land, Robert Gold, on Gillen's vision.

Gillen is the founder of UnvarnishedCo, which conceptualized and built homes from the dirt.

The real-estate clan star has built 25 homes since 2005. Initially finding a career in stunt driving, Gillen completely overtook his career path and changed it when he decided to open his own real-estate venture.

His recent Malibu series project shows Scott's expertise to turn land with nothing but dirt into a multi-million dollar business.

He bought 24 acres of oceanfront land in 2017 and planned to divide it into different cases, namely The Malibu Series. Each land was divided into five cases.

The designer transformed the lands completely and built and designed houses on each case.

According to Forbes, in 2020, his residence of Case No. 3 was listed at $75 million. The residence in Case No 3 was built in 2.6 acres of land, leaving about 21 acres of fans to be distributed by the rest four cases.

Gillen's design is often said to be a work of art. His vision of designs gives a modern feel to the house. No wonder why his houses are listed at the price they have.

He planned for the Case Residences to have tight security. As a result, he plans to have security 24/7 installed with security cameras.

Malibu is notorious for devastating fires, and Gillen has planned to install a fireproofing system and water cannons around each home.

The houses might be one community and have the same aesthetics, but they will be completely different from each other.

Gillen plans to complete all five cases by 2021. He also plans to open all the houses at the same time.

With his dedication and vision for his business, The Malibu Designer has turned the land of 24 acres that he bought at $50 million into a multi-million dollar ground. As per Forbes, the Five Cases are now listed at a value of $500 million.

With the ongoing development of the five oceanfront houses, one might wonder if the designer has a life of his own outside his work.

Well, he does. It is a matter of mystery how he juggles it all, but he has a family to go back home to.

Turns Land To House, But What About His Home?

After a hectic day at work of building dream houses, he returns to his own residence, not a house but a home.

Gillen is a married man who is married to his wife, Teri.

He has a peaceful life alongside his daughter, Sophia, that he shares with Teri. He also has another furry baby, that is a German Shepherd named Fredo.

In an interview with TheRealDeal, he revealed how he drives his daughter to school by himself on his Range Rover.

I hop in the shower because I have to be ready to drive my daughter, Sophia, to school. I have a big car collection, but my day-to-day car is a Range Rover

Tells the father to the portal while explaining his morning routine.

The former stunt driver had already halted his career as a director when he found out that his beautiful wife was pregnant in 2001.

Teri is also not just a mother. She is also a producer alongside her husband. The pair produced a Tv Series back in 2005, which ran down for three seasons.

Gillen often posts pictures of his daughter on his Instagram account of over 29k followers, but not so much of his beautiful wife.

Further, Gillen proudly features all Five residences of The Malibu Series and the progressive development of the house in his Instagram account.

Gillen is a lover of vintage cars. He usually features his huge car collection on his social media.

Gillen's exact age is not known, but some portals report him to be in his 50s.

The real-estate agent is one of the most notable agents in all of Los Angeles. He is also a television personality that appears on the popular television series named Million Dollar Listing.

He has a three-car garage system in his house in Malibu that is reported to be around $25 million.

Over the years, he has dived into different ventures, but the most profitable of all is his The Malibu Series.

Although it is not fully developed yet, his residence is already reported to hold $500 million.

Scott's net worth is not known. However, his luxurious lifestyle speaks all for itself.