Sid Roth's Miraculous Story That Got Him Back His Family

By Asmita Neupane | On: November 09, 2021
Sid Roth despite having it all from a loving family to a settled profession almost lost his relationship with his wife & daughter. What really was the reason? 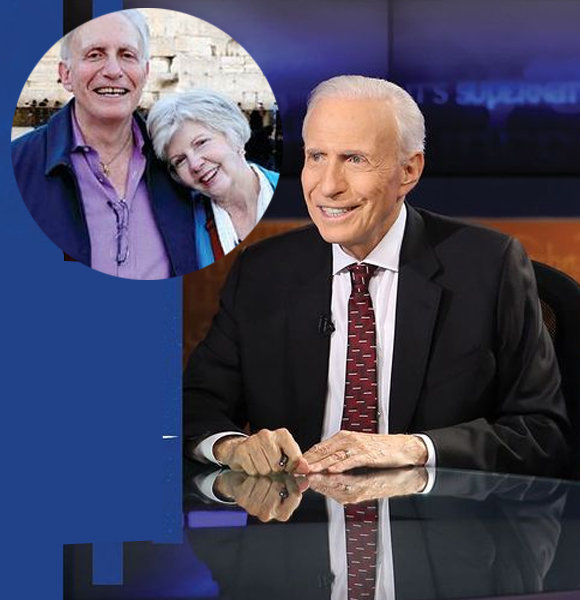 How far can a person go in search of happiness? Well, for Sid Roth, an American talk show host and author, his search for happiness almost made him sacrifice his relationship with his wife and daughter.

Despite having it all, from a fulfilling family to a well-settled profession, Sid Roth's It's Supernatural host's dissatisfaction with life led him to leave his family and take the road of solitude. But later, his journey of discovering faith in Jesus brought him back to the family he once abandoned.

How Faith Restored Sid's Relationship With His Wife?

"I did something I am not proud of. I left my wife, daughter, and Merrill Lynch and went searching for happiness."

Quoted the Christian TV show host, sharing his life story on his website.

By the age of 29, Sid was married to his loving wife, Joy, and had a daughter, Leigh. Besides, he had a well-earning job at Merrill Lynch as an account executive. His life was what many would picture as a fulfilling life, but it wasn't the case for Sid. He wanted more.

Becoming a millionaire was his biggest goal that overshadowed every other aspect of his life, even his family. As his job was not offering him his dream, he went in search of happiness, leaving his wife and daughter behind. As he described,

Although I had a wonderful life and career, I felt I was a failure because I was not a millionaire. My search led me to Eastern meditation, the New Age. During this search, I almost lost my mind. Life was too difficult.

Having faced several difficulties in his quest for peace and fulfillment, he came across a Christian businessman whose intriguing words made Sid rethink his religion. In his words,

A Christian businessman challenged me that my Jewish Bible condemned my occult practices and told me that Jesus was the Jewish Messiah that my Orthodox Jewish upbringing had carefully hidden from me. I was stunned.

As he began searching for the answer to the mystery that the Christian businessman had introduced to him, Sid claimed he had an unreal encounter with Jesus in his dream one night which changed his life forever.

Not only did he say that the miraculous experience changed the direction of his life journey, but it returned him to his wife and daughter along with his other family members that he left behind looking for fulfillment.

As he said, the supernatural encounter, which brought him back to his roots, made him who he is today.

Who Is Sid Roth?

The Supernatural Healing author was born to a Jewish family. Despite being raised in a traditional Jewish family, the author was not inclined to his religion until something clicked in 1972.

The year marks the beginning of the new chapter in his life, an unexpected journey to spreading the light on Jesus through his words.

After quitting his job as an account executive while searching for contentment, he winded up reading the Jewish Scripture. He grew more interested as he went deeper into learning about his religion.

During the process, Sid had a supernatural encounter with Jesus in his dream that, as he claims, gave him his lost life back with a bigger purpose to fulfill. He then founded Messianic Vision, a ministry, in 1977.

Currently, Sid is a well-reputed television personality known as the host of Sid Roth's It's Supernatural, which aired on Christian television networks in 1996.

Talking about his annual income, Sid Roth, age 81, has assumably around 60 thousand dollars as per the average salary range reported by Payscale.

Besides, his source of income also includes over a dozen of books he published over the years. Adding to Sid's net worth is his YouTube channel, named after his TV talk show, which has garnered 1.33 million subscribers to this date.

As per Socialblade analysis, the views on the YouTube channel earn Sid an annual income of around 139 thousand dollars.

Given his successful professional life, it's no wonder Sid has a net worth of over a million dollars. Indeed all the hurdles in his life, Roth eventually came to fulfill his early year's goal of becoming a millionaire.