By Bahar Jung Thapa | On: August 27, 2021
Yasiel Puig's girlfriend took the responsibility she did not have to fulfill and took care of Puig's first son from his previous relationship as her own. 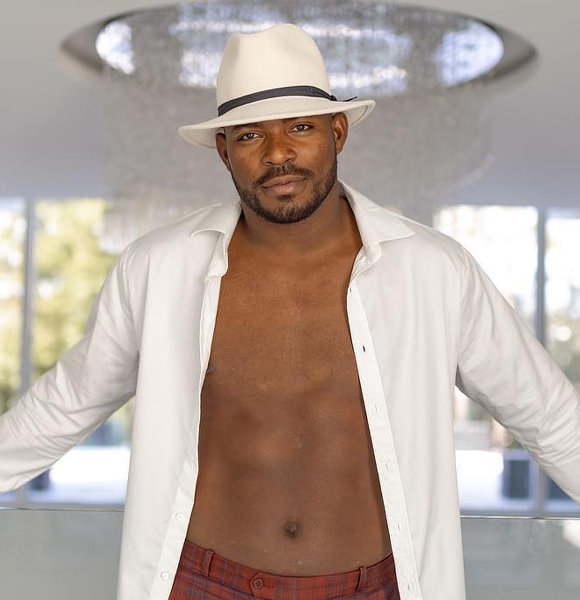 Yasiel Puig's partner regards Puig's son from a previous relationship as her own.

"MOMMY OF 3 Baseball Babies" is what the baseball player's partner writes on her Instagram bio despite sharing only two kids with her beau, Yasiel.

The baby no 3 that Puig's partner counts as her own is a son from the Cuban-born Puig's previous relationship.

Puig bears a child named Diego from his previous relationship with Nicole Chaves.

While it is hard to know anything about the relationship, it seems to have ended around 2014, as the Cuban outfielder started dating his new girlfriend around 2014.

The Cuban-American baseball player is in a relationship with his girlfriend Andrea De La Torre for almost seven years now. The pair have not been married whatsoever, but they have two children of their own.

Daniel announced the arrival of her first son, Sebastian, with Andrea on February 3rd, 2017, on Twitter. Likewise, the pair welcomed another little one into their life on July 19, 2020.

Despite knowing Puig for a short time, she has partaken a duty that she did not necessarily have to fulfill and takes care of Puig's first son, Diego.

"My Entire Life (Translated)" captions the mother of three while posting pictures of her three sons on Instagram. Despite having a wonderful life with his family, questions relating to him being gay is often brought up. However, looking into his past and current relationships, it does not seem to be the case.

The pair rarely posts about each other on their social media, but the baseball player's baby mama never fails to make him realize just how special of a father he is.

On June 20, 2021, she took to Instagram and expressed her gratitude towards the father of her wonderful children on the occasion of father's day.

The 30-year-old has been all smiles with his family, but it was not always the same. In 2018 his career landed in hazard when a woman came forward accusing him of sexually assaulting her.

Lawsuit Filed Against The Player

In 2020, a lesbian woman filed a lawsuit against Puig, claiming that he followed her and performed activities that made her uncomfortable back in 2018.

The Major League Baseball player that has played for teams such as Los Angeles Dodgers, Cincinnati Reds, and Cleveland Indian openly denied the allegations that were put upon him.

"I am speaking out now to defend my name against false and malicious allegations by a woman who claims I assaulted her in 2018 .... These allegations are totally false, the evidence proves they are false, and I look forward to all the facts and the truth coming out..."

I released a statement along with my attorneys today. I am encouraging you all to please read. Thank you. pic.twitter.com/agTMeQ3Onz — Yasiel Puig (@YasielPuig) April 13, 2021

After the statement was put out, the woman expressed how Puig and his attorneys made false claims.

Replying to the statement, she said,

"I am an out and proud lesbian and have been during my entire adult life. My female fiancée and I were enjoying a Lakers game at the Staples Center when this attack occurred..."

It is still an ongoing investigation as the Judge is yet to conclude the case.

As of 2021, the MLB fame has been roped in by the team El Águila de Veracruz of the Mexican League.