Colts Demolished Ryan Grigson's Contract And Fired Him; Is Named As One Of The Worst Manager

By LRU Writer | On: May 28, 2017
Colts Demolished Ryan Grigson's Contract And Fired Him; Is Named As One Of The Worst Manager The tactics and strategies a manager implement is a determining factor for a team succeeding or failing. Hire and fire are the two integral parts of any team's management committee. If you can get hired by a team, you can get fired as well. The same happened to Ryan Grigson, who has now been fired by the Indianapolis Colts and is termed as one of the worst managers. 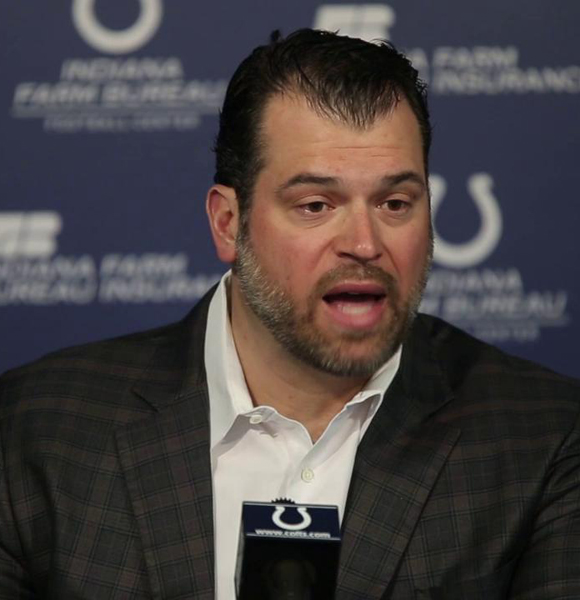 A manager is a person who is responsible for making or breaking a team or a franchise. The tactics and strategies a manager implement is a determining factor for a team succeeding or failing.

Hire, and fire are the two integral parts of any team's management committee. If you can get hired by a team, you can get fired as well. The same happened to Ryan Grigson, who has now been fired by the Indianapolis Colts and is termed as one of the worst managers.

So let us address these things.

It came out as a shock to someone while it was a no-brainer to many.

The Colts have demolished the contract they extended a year ago with their now-former GM Ryan Grigson. Grigson was supposed to be with Indy till 2019.

The cutting of the tie came after the Indy owner Jim Irsay growing impatient with Grigson over the last couple of years.

Grigson, who survived a near firing back in 2015, was reached out by Irsay and was then relieved of his duties.

Furthermore, Grigson also received no vote of confidence after the end of the last season by the owner, as the team failed to make it even to the playoffs for the second straight year running and thus, the firing was always on the cards. Moreover, Grigson was also called "one of the worst managers in NFL."

Ryan Grigson is destined to end up the story of one player. The question is whether it will be Andrew Luck or Trent Richardson. Grigson began his career with the safest pick since Peyton Manning. Ever since, it's been a long, strange trip. Three straight 11-5 seasons helped Grigson mask missteps like Richardson and Bjoern Werner, but the benefit of the doubt vanished with last year's 8-8 campaign.

You could argue it's a miracle the Colts were as good as they were with Luck missing nine games, but an injured and absent Luck exposed Grigson's roster for what it is: A top-heavy collection of players either much older or much worse than their quarterback.

Grigson has struggled for impactful draft picks since a rookie class that included Luck, Dwayne Allen, T.Y. Hilton and Coby Fleener, and too often filled out his roster with veterans other teams were glad to get rid of. From T-Rich to Werner to Andre Johnson, he's gotten far too many of his big decisions wrong.

Luck got Grigson off to the best possible start, but the finish line is much further away than it should be four years into his golden goose's career.

Legendary Colts wide receiver Reggie Wayne also had his views made clear on the firing.

But despite the views and opinions of people, some reports suggest that the Cleveland Browns have now hired him as Senior Personnel Executive.

"He was raised as a road scout and has been evaluating talent in this league for almost 20 years. We place a premium on that experience and on his passion for football. Ryan has much to offer to any personnel department and we are pleased that he chose to join our staff."

Ryan has issued no announcement on his salary. Still, it is sure going to add to his net worth which also is yet to be revealed by the former Colts GM. But it is pleasant to know that he did not have to stand in the unemployment queue as he has a family to feed.

Grigson has a wife named Cynthia Grigson, who he met during their time as students at Purdue University. The couple got married back in 2001 and have six children who have further strengthened their marriage.

Back in an interview in 2015, he shared his views on being responsible as a father and a husband and what parenting was like for him.

It might sound kind of ordinary, but, to be honest, just being around my wife, Cynthia, and our six children — Sophia (12), Noah (10), Luke (9), Levi (7), Ava (6) and Jonah (newborn) — is what I like most. No matter the activity, I enjoy being close to all of them. I’m always showering my kids with affection, and I probably annoy some of them at times, but I want to make the most of the moments I have with them. You’ve got to do that when your job has a tendency to take up a lot of your time.

I think marriage, especially in a large family, has its challenges, but you learn so many valuable lessons. As a husband and father, I am constantly exposed in my human weakness, and it gets discouraging because you want to be better for them. Yet God is always there to forgive, strengthen and help to further mold you to get over each hurdle.

All the lessons make you that much stronger for the next challenge.It is such a blessing, but also such a tremendous responsibility, to be a husband and father. The difficult experience with my father’s death has helped me to deeply appreciate what it means to be a father. It’s not something I take for granted.

Judging by his words, he surely does enjoy being a husband and a father and we would like to wish him the very best for the days to come.

Stay with us for the emerging updates on Ryan Grigson!