Demetris Robertson Wiki: From Stats to The Injury That Got Him an Unwanted Break

By LRU Writer | On: January 23, 2018
Demetris Robertson Wiki: From Stats to The Injury That Got Him an Unwanted Break One of the athletes to face the conundrum is the American football player, Demetris Robertson. The California player Demetris Robertson is the recent victim of the injury that does not only put him in bed but compels him to miss the rest of the season. 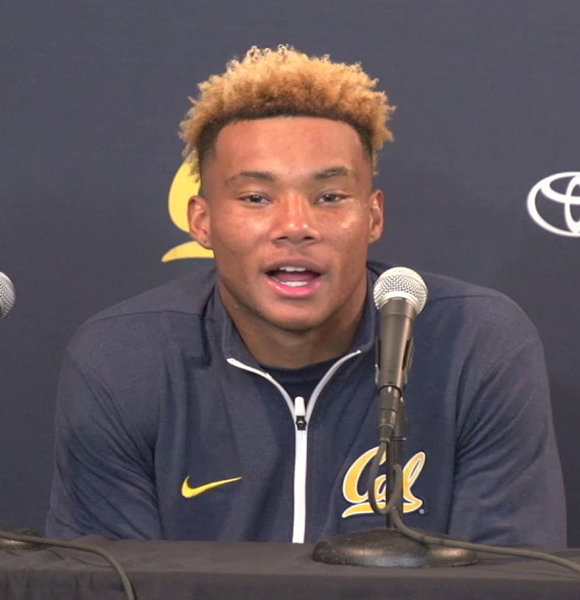 Even if you are a flawless player heading for a superb season, you never know when the physical injury will hit to disrupt a perfect season. One of the athletes to face such conundrum is the American football player, Demetris Robertson. The California player Demetris Robertson is the recent victim of the injury that does not only put him in bed but compels him to miss the rest of the season.

Today, we have compiled not only the injury but everything ranging from his family to stats!

The American football player, Demetris Robertson was born in 1997 in Savannah Georgia, the United States. Talking about Demetris' parents, the identity of his father remains confined; it is known that his mother's name is Mildred Robertson. Moreover, he shared his childhood with three siblings; two brothers named Carlos Robertson and Mike Robertson and a sister.

The athlete, who stands at the height of 1.8m, first started his prep career at Savannah Country Day and was later transferred to Savannah Christian before the school year.

As Robertson finds himself amid the rivalry and legal matters of transfer, he had to sit out more than a half a season after the transfer. The matter went to The Georgia High School Association, where the 4-person panel unanimously denied Robertson’s hardship transfer appeal to play that season.

Robertson was posed ineligible to compete due to his change of address matter. Savannah Christian Prep even released a statement that read,

This afternoon the Administration at Savannah Christian Prep received word from the Georgia High School Association that our student, Demetris Robertson, was denied a hardship appeal. Headmaster, Roger Yancey said, "We are perplexed and disappointed, but will continue to advocate for this young man through the appeal process."

However, GHSA Executive Director Gary Phillips granted him a request for a hearing before the Appeal Board, but Robertson had to wait for half a season before he could play.

Later, Robertson, who has financial aid agreements with Georgia, Georgia Tech and California, officially declared his intention to enroll at California in a ceremony in 2016. Unveiling a Cal painting, Robertson said,

"After prayer, careful consideration and deliberation, I've decided to take my talents to the University of California, Berkeley. Education was a big part of my decision. When I went there, it felt like home. Me and the coaching staff have a great relationship. I felt like home. That's what I felt was the best thing for me. I'm going to be homesick, but I'll get over it. I want to do the best thing for me and my family. I know what my future holds, and I know what I want for my life.”

He was recruited to California by Jacob Peeler after months of speculations and last-second cancellations. Robertson was a special player from the before, and everyone saw it crystal clear from Robertson's eye-gazing stats.

Robertson, the no. 1 wide receiver for 2016, became the top signed player of the school in California, which was always his first choice. Robertson's both 2016 and 2017's highlights are the enjoyable show for many fans and admirers around.

The Injury That Put Robertson Out of The Season!

The California receiver, Demetris Robertson suffered the lower-body injury that put him to rest for the whole season of 2017. Robertson previously missed the last three games for the Bears, and finally broke the silence over Instagram about his injury. He even mentioned that he had to go through surgery for the injury on his twitter.

The injury was somehow nagging the player since 2016's season and took the major turn at 2017, with a big injury. Robertson, who upped himself on “The Biletnikoff Award Preseason Watch List member,” had two rushes for 40 yards and seven receptions for 70 yards in 2017’s season.

The Bears will miss Robertson’s absence dearly as the team has been struggling to get receivers open downfield allowing a direct breakthrough in defense.