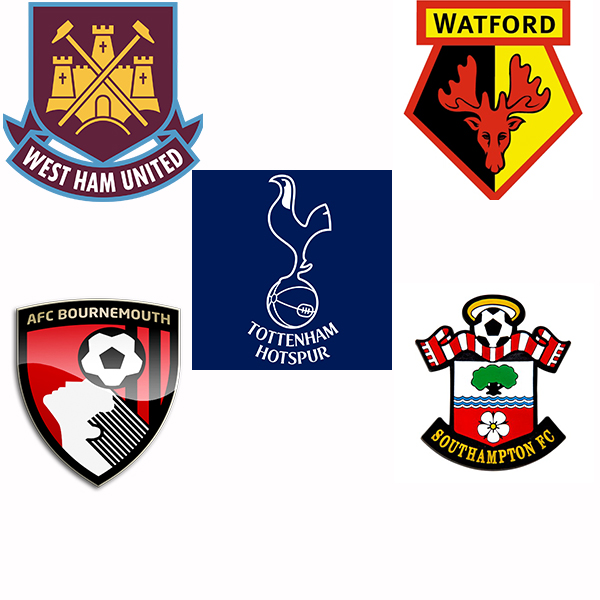 The 24th edition of Barclays English Premier League showed that money cannot buy you a title. Leicester City's remarkable journey to become the champions of England excited people about football once again. However, this season was not just about the Leicester fairy tale. Here are some overachievers of the 24th premier league season, excluding the champions.

This season Tottenham showed that they were up for the fight against the big boys. Outstanding wins against the Manchester Clubs and a season where they almost finished second showcased the importance of hard work and team spirit. With Hugo Lloris and Toby Alderweireld in defense, Tottenham ended the season with the joint best defensive record. They conceded just 35 goals and with striker Harry Kane scoring 25 goals to win the golden boot; Tottenham finished the season in 3rd place.

The final year in the Boleyn Ground, West Ham’s season was expected to be a struggle to stay up. Championship football in the new Olympic stadium was a possibility, but excellent performances from Dimitri Payet saw them finish the season qualifying for the Europa League. Dimitri Payet capped an outstanding season with five awards in West Ham’s Annual Award Ceremony. His awards included West Ham’s Goal of the year (his free-kick against Crystal Palace), Top Goal Scorer (12 goals in all competitions), Player of the Season, Player’s Player of the Season and Signing of the Season.

Bournemouth’s attacking football was expected to be their downfall, but manager Eddie Howe stuck to his guns and kept playing his attacking philosophy. Bournemouth’s season was derailed when their new signings Tyrone Mings and Max Gradel were sidelined. Scoring goals became a serious issue when their best striker Callum Wilson and influential midfielder Matt Ritchie remained injured for most of the season. However, Bournemouth managed to stay up comfortably, finishing in 16th place, thanks to goals from Joshua King and summer signing Benik Afobe.

Ronald Koeman and his management team at Southampton defied the odds once again and finished in the Europa League qualification position despite selling their star players in Morgan Schneiderlin and Nathaniel Clyne. However, Southampton was able to keep hold of star forward Sadio Mané and highly rated midfielder Victor Wanyama. Sadio Mané was the joint highest scorer for the club along with Graziano Pellè, both scoring 11 goals each. Southampton finished 6th in the League, above teams like Liverpool and Chelsea.

Watford brought in 15 new players and a new Manager, but still they were tipped for a relegation battle. But goals from Odion Ighalo and captain Troy Deeney helped them to avoid relegation. The pair scored 28 goals between them. Their goals partnered with a resilient defense, which managed 11 sheets, saw Watford finish 13th in the league, only 5 points behind defending champions Chelsea.