Lionel Messi Appears In Court In Trial Of Tax-Fraud In Spain : If he Found Guilty Can Be Jailed For 2 Years

By LRU Writer | On: June 07, 2016
Details of Lionel Messi's Tax Fraud Testimony. The 28-year-old Argentina and Barcelona striker got a leave from his International duties to appear in court. Lionel Messi and his father Jorge Horacio Messi are accused of 3 counts of tax fraud for hiding the earnings the football superstar got from his image rights from 2007 to 2009. 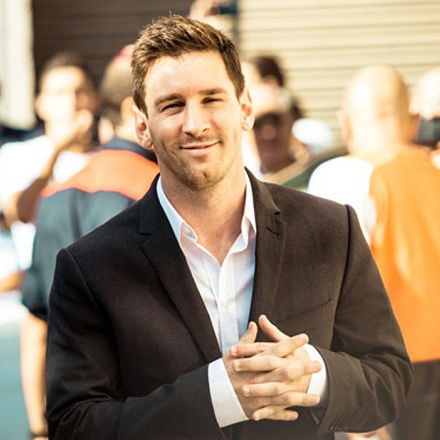 Lionel Messi appeared in a Barcelona court in Spain on the 2nd of June to give his testimony in his tax fraud hearing.

The 28-year-old Argentina and Barcelona striker got a leave from his International duties to appear in court. Lionel Messi and his father Jorge Horacio Messi are accused of 3 counts of tax fraud for hiding the earnings the football superstar got from his image rights from 2007 to 2009. It was reported that contracts with companies Danone, Adidas, Pepsi-Cola, Procter and Gamble and the Kuwait Food Company are being considered as evidence in the case.

A special preparation was made by the authorities to control the crowd outside the courthouse in Barcelona.

Some people have conveyed their support to the striker while others have angrily told him to ‘give the money back’ and ‘play in Panama’ (for his involvement in the Panama Papers).

Messi has denied any knowledge of the wrongdoings, and has claimed ‘He only worried about playing football.' Both him and his father have maintained that Messi was unaware of the details of the contract.

According to an ESPN report, Juarez, a lawyer representing Messi, supported the statements of his client, testifying for him stating ‘He only showed up to sign the documents.' The report also quoted Eva Blazquez, the person who handled the player's tax declarations. She said,  "Leo didn't see them." "The final supervision was done by the client, Jorge Messi."

Spain’s tax authorities want heavy fines and a prison sentence against Messi. According to a Dermot Corrigan report for ESPN, the government prosecutor asked for a 22-month prison sentence while a public prosecutor asked for an 18-month sentence. However, Messi and his father are unlikely to face any jail time (like his Barcelona costars Javier Mascherano and Neymar who are likely to avoid jail in their respective tax cases), as they are first time offenders, but will most likely be fined and made to give up possible tax benefits in the future.

Even though most people believe that Lionel Messi should be exempted from all the charges, a prosecutor says that the evidence submitted by Messi should not be believed and adds, "Even 10-year-old children know about paying taxes."

People expressed their opinions about the case in social media. Some tweets sympathized with the beloved footballer Messi and supported him. But there were also people against Messi who asked for harsher punishments.

Tweets in support of Messi: The verdict of the trial is expected to come out this week.