New Era For Dallas Cowboys After Signing Alfred Morris for Two Years At Appeal Up To $5.5M

By LRU Writer | On: June 16, 2016
The quote above by Lionel Messi is enough to describe Alfred Bruce Morris. He is a player who mostly stays in a perfect form while playing and has the accuracy to complete the game. No doubt he is a professional player but regardless of what type of season he had last year, he was recently signed by Dallas Cowboys of National Football Team (NFL). 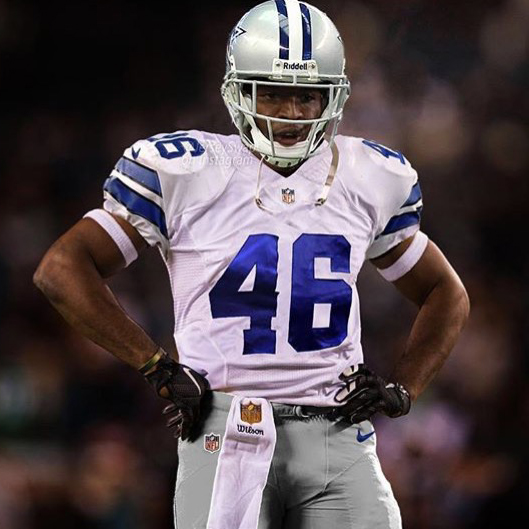 ‘In football as in watchmaking, talent and elegance mean nothing without rigor and precision.’- Lionel Messi

The quote above by Lionel Messi is enough to describe Alfred Bruce Morris. He is a player who mostly stays in a perfect form while playing and has the accuracy to complete the game. No doubt he is a professional player but regardless of what type of season he had last year, he was recently signed by Dallas Cowboys of National Football Team (NFL).

On March 22, 2016, Morris signed a two-year, $3.5 million contract with the Dallas Cowboys, with a potential to earn up to $5.5 million. This earning potential of Morris was discussed all over. Ian Rapoport 'National insider of NFL Network' tweeted about his potential.

According to an article in Forbes Magazine, the Dallas Cowboys is the first football team to be valued at $4 billion making it the most valuable team in the world in 2015. After a huge loss to the Jets on December 19, 2015, the cowboys were officially eliminated from playoff contention. Thinking that the team could use some extra talent, the cowboys might have signed the two-year contract of $3.5M with Alfred Morris. With this new player, the Cowboys have a hope for a proper season.

Alfred Morris said he has no regrets about signing with the Cowboys. Here is a video posted on Youtube by the Dallas Cowboys Fan Channel where Morris answers the media’s question related to his career.

Well, he said that being in Dallas Cowboys is where he was supposed to be and he is excited about the opportunity and looking forward to it.

Alfred Morris is an impressive performer and the $3.5M signing with Dallas Cowboys was a huge leap for his career as a footballer. Let’s talk about his game. Morris started his professional career in 2012 NFL draft with Washington Redskins. The Redskins signed Morris to a four-year contract with $2.22 million on May 6, 2012. He gave an impressive performance while playing for the Redskins because of which, on 2013, Morris was counted on number 64 on the list of 100 top players.

During a long run, everyone stumbles once in a while. Well, on 2015, Morris showed poor game compared to his past seasons. Despite his poor performance, his career remained untouched. Now, as the player is on the rise again, the Dallas Cowboys hopes to only face victory.

Like we discussed above that the National Insider for NFL Network, Ian Rapoport said that he has a potential or say a chance of earning up to 5.5 Million dollars, he wasn’t joking or did just made that up. He said that because he sees the potential in Morris and what he can do with it.

Now, at the very end, we would like to give away some information about his personal life.

Alfred Morris is said to be single for now. He is kind of very open regarding his past love life. He broke up with his long-time high school girlfriend when he was in college and that incident left him scarred and heart-broken. Though he had troubles with his past relation, he has some hope for the future and he cares about the environment too.