By LRU Writer | On: June 28, 2016
35-year-old Mixed Martial Artist (MMA) of Canadian nationality and a former 3 times UFC Welter Weight Champion Georges St-Pierre has excited fans after a recent interview. The dominant fighter has made UFC lovers all over the world happy after revealing what he has been doing and his plans. 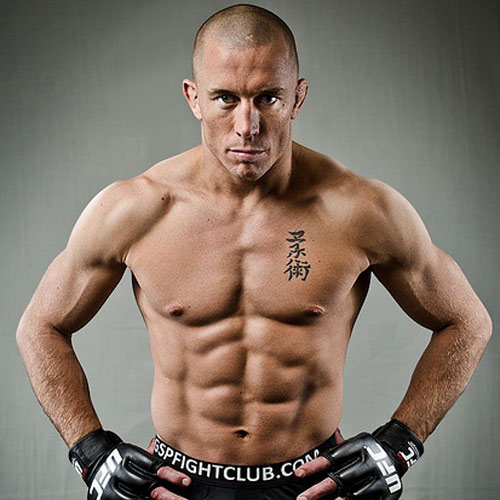 35-year-old Mixed Martial Artist (MMA) of Canadian nationality and a former 3 times UFC Welter Weight Champion Georges St-Pierre has excited fans after a recent interview. The dominant fighter has made UFC lovers all over the world happy after revealing what he has been doing and his plans.

In an interview with The MMA Hour, Georges St. Pierre said that he would like to return to UFC even though he hasn’t got a contract yet, but negotiations are in progress. He added that he wants his next fight to be against the bigger names in UFC to prove that he is the best, but didn't mention any names. Moreover, he said that a belt is only materialistic, and it doesn’t demonstrate that you are the best. He implied that after his return to UFC he wants to fight the bigger names in the sport to prove that is the best, and that is how he wants to be remembered.

You can check out his interview on the MMA Hour below.

Known in the MMA universe as Georges 'Rush' St. Pierre, or only 'GSP,' he got his nickname after a quick-fire 1:42 first round win against Jay Hieron at UFC 48. He last fought inside the Octagon on November 16, 2013, at UFC 167. That night he successfully defended his Welter Weight Championship against Johny Hendricks. About a month later, on December 13, he vacated his title stating that he needed some time off UFC.

Many people suggest that Georges St-Pierre is the best pound for pound UFC athlete ever and with his record of 25 wins and only 2 losses it is hard to see why anybody would argue with them. HIs first fight came in January 2002 against Ivan Menjivar in A UCC Fight. He won the fight by TKO in the first round. His first UFC appearance was at UFC 46 when he fought Karo Parisyan. He won that fight by unanimous decision after 3 rounds.His two losses came against Matt Hughes and Matt Serra in UFC50 and UFC69 respectively. He lost his Welterweight championship to Serra but later reclaimed it against Serra in UFC 83. He was on a 12 match winning streak when he decided to take time off from the sport. Born in Quebec, on May 19, 1981, Georges St. Pierre played hockey in his childhood and still love the game today. At the age of 16, Georges learnt wrestling, Brazilian Jui- Jitsu and Boxing. Georges By the time of his first professional fight, Georges had already got a black belt in Kyokushin, a Japanese-Korean full contact Karate.

Georges St. Pierre's net-worth is estimated to be around $25 million. During his time off GSP was seen in various events including hockey games and hanging out in clubs. He has even featured in several Hollywood movies including 2014 blockbuster Captain America: Winter Soldier as Georges Batroc. But he has never had anyone special to share these accomplishments with. He has never been married or publicly had a girlfriend. With a net-worth like that, he ought to have a wife or a girlfriend, but he doesn’t have either one. The lack of a significant other has even lead to rumors that he is gay, but it that is highly unlikely because he is always seen hanging around beautiful women. 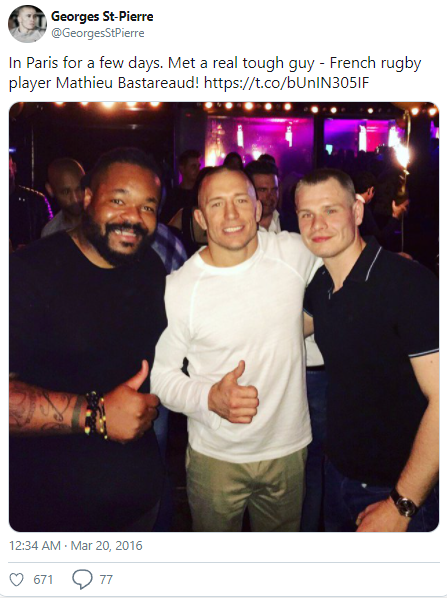 GSP is a legend in UFC and should return inside the octagon soon. But will he be able to stand up with the best fighters after his 2 years absence? Can he prove the critics wrong and show he is better than ever? And more importantly, can he find the success he found inside the octagon in his love life as well? I for one think that the answer to all these questions is a big YES!