By LRU Writer | On: February 13, 2020
Porsha Williams is a reality star who rose to fame through her appearance on the TV show The Real Housewives of Atlanta (2008-2020)...She is engaged to fiance...The two started to date in...and they welcomed their first child in...The reality star was married to...She gave divorce to her husband on...Her net worth is... 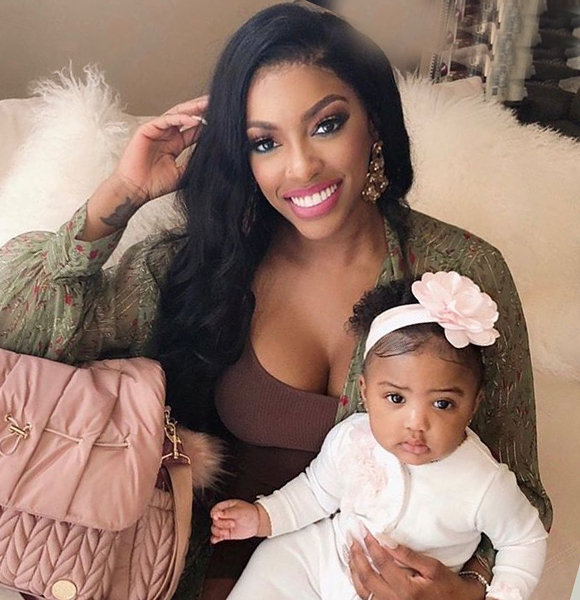 Reality Star Porsha Williams came into the limelight through her appearance on the Bravo's show The Real Housewives of Atlanta (2008-2020). Porsha has also been featured as a video vixen in Lil Scrappy's 2004 music video for song Some Cut.

She is also famous as the granddaughter of a famed civil rights leader Hosea Williams.

The media personality is engaged to Dennis Mckinley. The two began to date in early 2018. And later that year in September, Porsha became pregnant with their first child. Further, Dennis proposed her with a 13-carat ring designed by Richie Rich, a month later, in October 2018.

In March 2019, the couple welcomed their first child- Pilar Jhena- into the world.

However, Porsha and Dennis split in June 2019; it was reported that Dennis allegedly cheated on Porsha with a WAGS Atlanta star, Sincerely Ward. But, Sincerely denied the cheating rumors.

Nevertheless, in December 2019, the pair reconciled and got engaged again. The reality star decided to forgive her fiance for his infidelity towards her and accepted him.

Further, Dennis wrote a heartfelt message on Instagram; he talked about taking responsibility for hurting Porsha's family with his bad behavior and thanked her sister Lauren for showing forgiveness.

It is speculated that the couple has already tied the knot in January 2020.

Dennis was seen coming out of Atlanta's City Hall on 5 December; it was suspected that he was there to get a marriage license. Also, they flew to Mexico at the time of the new year, and Porsha's mother and daughter accompanied the couple. And, her dear friend Monique Samuels was also present with her family.

The reality star was married to American footballer- Kordell Stewart, in 2011. The ex-couple tied the knot on 21 May 2011, but Porsha separated from her husband after more than two years of being together. Their divorce was finalized on 5 December 2013.