By LRU Writer | On: January 30, 2020
Isabelle Fuhrman is best known for her portrayal of the twisted character Esther in 2009's psychological thriller Orphan...She is dating her boyfriend...The actress was born on...and her parents are...She has a nationality of...Her height extends to...The actress attended...and her zodiac sign is... 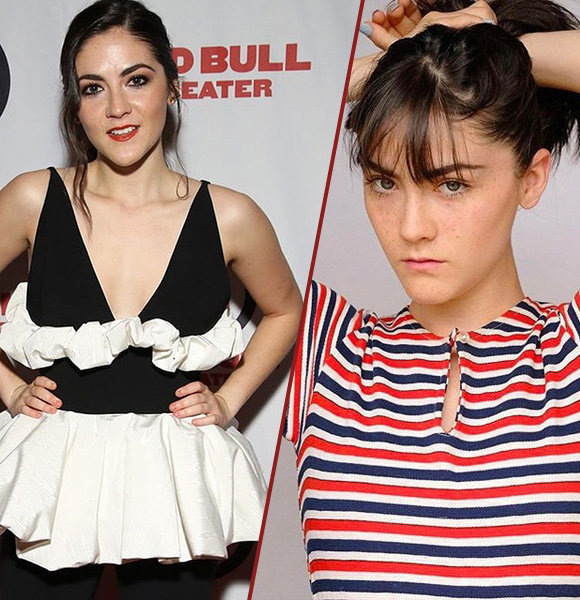 Isabelle Fuhrman is best known for her portrayal of the twisted character Esther in 2009's psychological thriller Orphan. Also, she has appeared as ruthless Clove in The Hunger Games (2012) and as Max in Dear Eleanor (2014).

Additionally, Isabelle has also done magazine spreads for Marie Claire, Vanity Fair, and Teen Vogue. And, she has worked in commercials for Pizza Hut and Kmart too. The actress mentioned her boyfriend on her 2020 new year post on Instagram and shared that Nicky has truly changed her life.

Her parents are Nick Fuhrman and Elina Fuhrman. Isabelle's father is a former political candidate and a business consultant while her mother is a journalist and has worked for CNN.

Also, she has one older sibling named Madeline Fuhrman; she is a singer and songwriter.

About Another American Actress:- Who Is America Ferrera Husband? Wedding, Baby & Family Details

Isabelle went to Buckley School in Sherman Oaks. She further attended the Royal Academy of Dramatic Art (RADA) and also briefly studied at The Westminster Schools in Georgia.

In 2015, she graduated from the Stanford University Online High School.

The actress was first discovered at the age of seven, by a casting agent for the Cartoon Network and was cast for the show Cartoon Fridays.

Also, she has lent her voice for the 2014 animated movie Snow Queen 2.

Further, Isabelle is on the Advisory Board of the Love & Art Kids Foundation, which is a Los Angeles based non-profit organization.

Some Interesting Facts About Isabelle Fuhrman