By LRU Writer | On: March 07, 2018
Steve Bacic Married? Relationship Status Of Reserved Actor. Canadian actor Steve Bacic who is well known for his role as Telemachus Rhade on the television series, Gene Roddenberry's Andromeda prefers maintaining a low-key life, allowing a minimal scope to have a peek at his life. 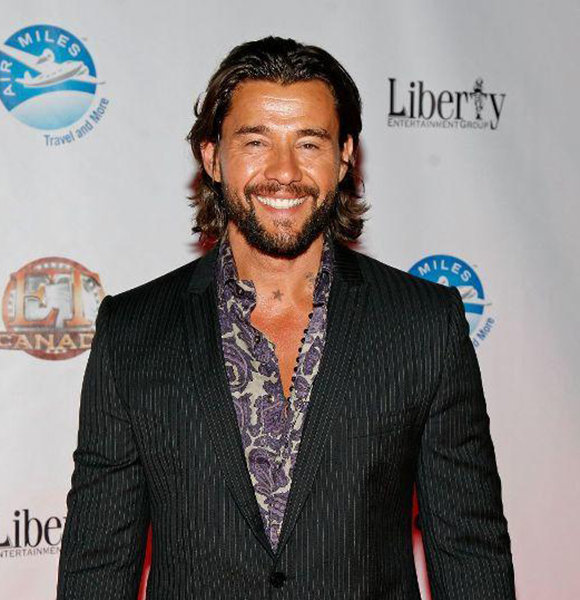 Canadian actor Steve Bacic who is well known for his role as Telemachus Rhade on the television series, Gene Roddenberry's Andromeda prefers maintaining a low-key life, allowing a minimal scope to have a peek at his life.

However, today we will be presenting some Steve's personal life details that you probably might have missed. Have a look below!

Where Does Steve Bacic Stand Regarding Relationship?

Steve Bacic has gained a lot of popularity among his fans and followers knows the drill of maintaining privacy just right, as he has not revealed much about his personal life and family in front of the media.

However, it remains known that he has a wife named Carolin Bacic and share three children together with her. But again their married life details and children's identity remains unknown.

Meanwhile, Steve isn't active on social media either which allows his fans to have limited access to his life happenings. Also, neither has he gushed about his family life in any of the interviews.

Well, it takes a lot to keep things away from the eyes of spectators; however, Steve is good at it any day. But again considering his fan's curiosity let's hope he will come forth giving away some of his private life information to his followers to keep them updated.

More To Know About Steve Bacic

The Canadian star, Steve was born on 13 March 1965 in Lisicic, a small village in Croatia (then Yugoslavia) and was raised in Windsor, Ontario, Canada. Steve initially wanted to be a professional athlete and become either a coach or a physical therapist; however, he ended up becoming an actor.

He graduated from the university with a honors degree in Kinesiology and then started working at a factory job. He almost had his own refurbishing business and owned two houses.

Steve later took acting classes and met some rising stars including Ethan Hawke in the process, who is an American actor and director. Steve performed a little with Ethan and others in their movies and real auditions following a few modeling gigs. He then went on to be a part in the fifth season of '21 Jump Street' but instead landed the lead guest-starring role becoming the first Canadian for the series.

He has landed roles in the television including 'Street Justice,' 'The Outer Limits,' 'Highlander,' 'The X-Files.' Likewise, Steve's film appearances include 'The 6th Day,' 'X2,' 'Threshold,' and his most recent include 'All For Love,' 'Seduce By A Stranger,' 'Wonder.'