By LRU Writer | On: July 18, 2019
Aaron Kaufman’s signature bearded look and knowledge in hot rod-modified...Well, the car champ’s latest offering is Aaron Needs A Job...Well, the reality star was all of sixteen years old when he modified his first car, Jeep Cherokee... 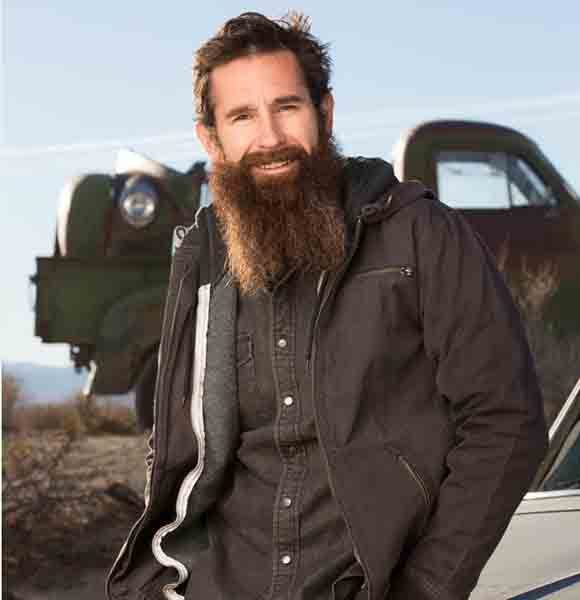 Aaron Kaufman’s signature bearded look and knowledge in hot rod-modified-cars have left the world gaga. Since the inception of his TV career via, Fast N' Loud, Aaron has kept the car-loving audience hooked to their screens.

However, the car enthusiast's favorite reality star made headlines, when he announced his departure from the Discovery Channel’s show in 2017. Reportedly, he got fed up with the demanding nature of the show.

The situation was such that Aaron had decided to quit his TV career for good.

But, a persuasive Discovery Channel boss convinced him otherwise and he returned with shows, Shifting Gears with Aaron Kaufman and Gymkhana Ten: Ultimate Tire Slaying Tour in 2018.

Since Aaron popularized car shows on Discovery Channel, it is no surprise that the channel heads keep calling him on-board for reality shows. Well, the car champ’s latest offering is Aaron Needs A Job. The new show which premiered on 15th July 2019 has promised to take viewers on a wild ride. In the show, Aaron gets out of his comfort zone and explores motor-driven industries around the US.

The Texas native has been a long way from being the best mechanic on a local shop to a reality show legend. Although not trained traditionally in school, Aaron found his way around cars due to his love for the mighty beasts.

Well, the reality star was of sixteen years old when he modified his first car, Jeep Cherokee. Naturally, he started working as a mechanic and made his love for car his career.

One day, Richard Ray Rawlings happened to visit Aaron’s store and asked for the best mechanic. Naturally, the owner pointed towards the Gymkhana Ten star. And, Aaron worked his magic on Richard’s car, which forced the later to offer him a job at Gas Monkey Garage.

Well, the partnership went far as the duo got chance to star in Fast N' Loud, which made them household names. With the legacy of Gas Monkey Garage and Fast N' Loud, Aaron has made quite a name for himself.

Now, Aaron is worth $6 million, courtesy of his salary from his various Discovery Channel reality shows. His massive paycheques also reflect on his cars. His collection included 2004 Ford F-150 and 1963 Ford Falcon. However, he put up the latter for sale on eBay and sold it over $65 thousand.

Well, the reason behind 1963 Ford Falcon’s high bidding was Aaron had raced on it at Ultimate Street Car events. Also, it was featured in his short film, Tick Tock.