By LRU Writer | On: September 11, 2019
While Full Metal Jacket star Adam Baldwin is a famous face in Hollywood, his name often leads to confusion. Coincidentally...So, he is often confused as one of the brothers...Adam is an out and out family man. He got married to actress... 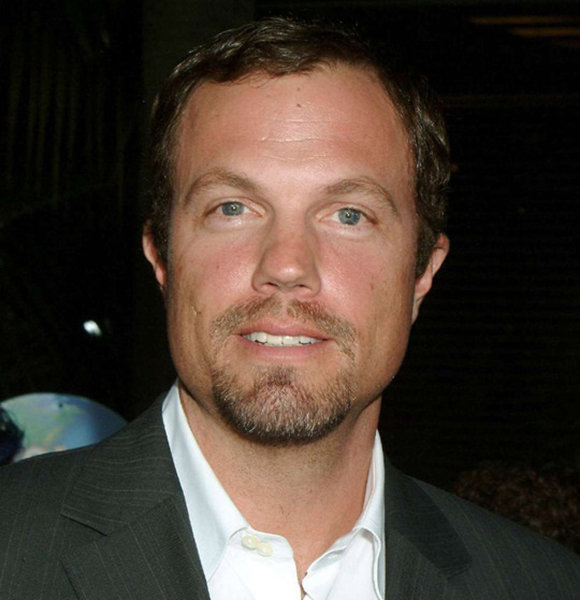 So, Adam is often confused as one of the famous siblings. However, he is not related by blood to Hollywood’s famous brothers.

In contradiction to the famous Baldwin family, Adam has survived in the industry on his own and even made a star out of himself.

Adam is an out and out family man. He got married to actress Ami Julius in 1988. Adam and Ami - known for films like Hot Dog... The Movie, Hard Copy and The Malibu Bikini Shop - have been together ever since. The happily married couple didn’t take long to go the family way. Adam and his wife welcomed their first child, a daughter named Zoey Baldwin, in 1990.

The Independence Day star and his wife enjoyed becoming parents as they welcomed another daughter named Jeselle Baldwin in 1992.

Finally, the couple became parents to three children with the arrival of their only son, Devlin Shepard Baldwin, on 17 October 1996.

Interestingly, Adam’s son also chose a creative path like his father. Well, Devlin is a drummer at Calcemia - an LA-based death metal band and Short Temper’s bass player. The later is also a metal band.

Adam - age 57 - started his career in Hollywood with a role in the 1990 movie, My Bodyguard. It was a chance role as he - then a high schooler - got spotted by the film’s director Tony Bill.

Well, Adam has genuinely proved his mettle in the robust Hollywood industry as the actor survived all these years in the acting business.

As for his movies, Adam is most remembered for roles in Serenity, Angel, Firefly, The X-Files and The Last Ship. For his portrayal of Jayne Cobb in the film Firefly, he was awarded a 2006 SyFy Genre Awards in the Best Supporting Actor/Television category.

Along with his career in acting, the veteran artist has also lent his voice to video games namely Halo 3, Halo 3: ODST, Mass Effect 2, DC Universe Online and Xbox 360 games.

Further, he is also a regular contributor to Breitbart.com’s - a far-right American newspaper - Big Hollywood blog and The Huffington Post. Adam is somewhat open about his conservative political views and often engages in discussions over on Twitter.

Courtesy of his lengthy Hollywood career and other endeavors, the actor of height 6 feet 4 inches (1.93 m) boasts a net worth of $5 million.