By LRU Writer | On: August 09, 2019
Musician Adam Granduciel is an expecting father now that his girlfriend revealed that she was pregnant... In all honesty, The War on Drugs frontman and his actress wife prospect couldn't have picked a better destination to break the exuberant news to their fans... Now that the pair are all set to become parents, will they hurry up the wedding plans? Read along to find out and learn details of Adam's personal life including his height and age... 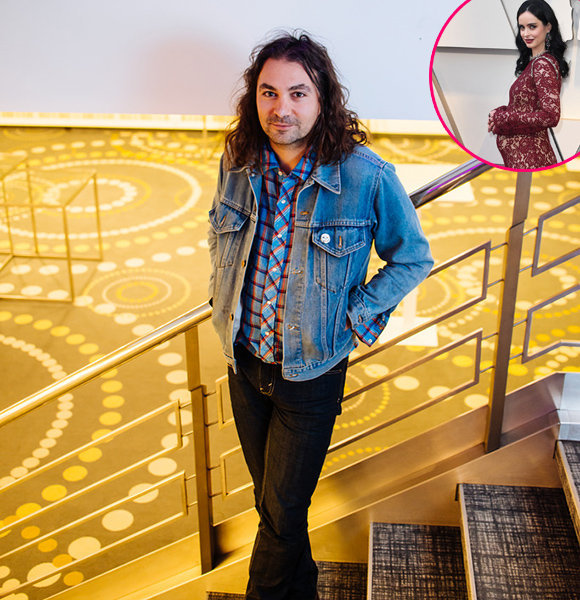 The Capitol Years musician and the Jessica Jones actress kept the baby news hidden from the public for a week. Thus, it wasn't until the second week of August that media outlets got hold of their son Bruce's certificate.

When the news first broke neither Adam nor Krysten's representative offered to comment.

In June 2019, the duo celebrated a music-themed baby shower in anticipation of their son's arrival. The guests at the bash enjoyed instruments-shaped pastries.

Instagramming from the event, Krysten claimed that her heart had exploded with the celebration.

Now, that the pair are parents, will they hurry up the wedding plans? Read along to find out and learn details of Adam's personal life, including his height and age!

Musician Adam Granduciel became an expecting father after his girlfriend revealed that she was pregnant. In all honesty, The War on Drugs frontman and his actress wife prospect couldn't have picked a better destination to break the exuberant news to their fans.

At the 2019 Oscars Adam and his girlfriend, Krysten Ritter was the real stars ahead of the televised portion of the award ceremony.

Earlier that night, he and the Jessica Jones actress, age 37, stunned the crowd in attendance at the 2019 Oscars red carpet event by revealing their pregnancy. An undeniable glow reflected on Krysten's body language as she flaunted the baby bump while dressed in a gorgeous Reem Acra red lace dress. Meanwhile, the indie rocker looked happier, letting his girlfriend - who garners a reported net worth of $7 million - become the star of the show.

The news of Krysten being pregnant came as a surprise to many as neither she nor Adam, age 40, had previously hinted about expecting a baby on their social media. Looking back, they did one excellent job hiding it.

Following the grand reveal, the Don't Trust the B— in Apartment 23 actress took to Instagram to "surprise" her followers. It got met with congratulatory messages from their fans, who were eager to know when the duo might get married.

Sorry, fans of Adam and Krysten! The wedding between the two could take a while!

Neither the musician - who stands no less than five feet and ten inches in height - nor his wife prospect is the biggest fan of the concept of marriage. In her 2012 interview, Krysten - who was dating Brian Geraghty at the time - made the point crystal clear by quipping:-

"I was never the little girl who dreamed about a wedding or a big white dress. It was never my thing, but I don't think I'm sour on marriage. I just don't know if I'm the type."

Almost seven years have passed since then, her views on weddings and married life ought to change, no? Plus, they have been dating each other for almost five years now. Safe to conclude that it isn't the case of partners in a relationship not earning each other's trust.

If time didn't bring the desired changes in them, the prospect of raising an expansive family with the arrival of their first baby should at least make them reconsider.