By LRU Writer | On: February 18, 2019
Annie Smith is officially going to be a mom!... Annie, who rose to fame after getting involved with SoundCloud sensation Lil Xan, is pregnant with the rapper's first baby. On 18th February 2019, her boyfriend-cum-fiance took to Instagram to break the news... 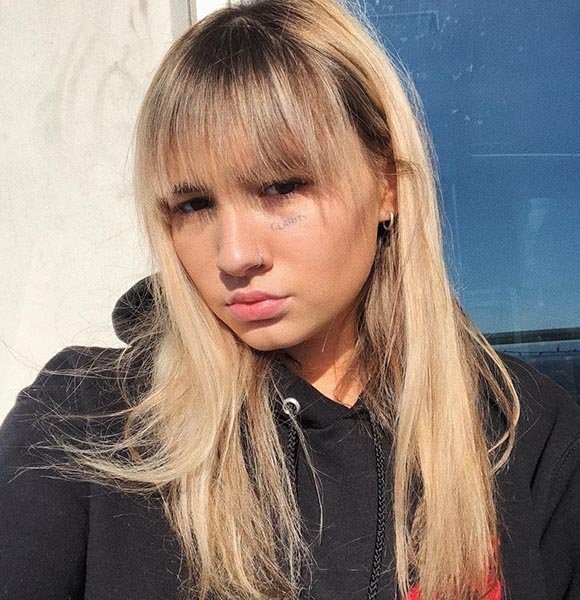 Annie Smith is officially going to be a mom!

Annie, who rose to fame after getting involved with SoundCloud sensation Lil Xan, is pregnant with the rapper's first baby. On 18th February 2019, her boyfriend-cum-fiance took to Instagram to break the news.

While sharing the image of the two in an intimate setting, the Betrayed hitmaker revealed that he could no longer hide the news of Annie being pregnant from the fans as he exclaimed:-

"I wanted to wait but I just can’t leave my fans in the dark, it’s official im going to be a father... " Annie Smith's fiance Lil Xan announces the news of her being pregnant with a baby on 17th February 2019 (Photo:- Lil Xan's Instagram)

Her boo then followed up by sending out invites to everyone to the gender reveal party. In the same Instagram caption, Xan took time to promote his creative endeavor with YouTube as well as his sophomore album Be Safe.

The 22-year-old "mumble rapper" concluded his post by professing his love for Annie and thanked her for saving him.

The news of Annie being pregnant with Xan's baby comes just three days after the former claimed that she couldn't wait any longer to call herself the latter's wife via a Valentine's Day post on Instagram. Oddly enough, the image in the said upload seems to have taken around the same time as the one used in the pregnancy announcement.

Back in January 2019, the expecting mother stirred up the engagement rumors after she labeled the Watch Me Fall rapper her fiance. At the time, the soon-to-be parents were dating for a mere seven weeks.

Before Annie, Xan was in a high-profile relationship with actress and songstress, Noah Cyrus for three months between June 2018 to September 2018.

Unlike her fiance's ex-girlfriend's parents, Annie's family doesn't seem to be a renowned figure in the show-biz, or at least that's what her bio suggests.

Her brush with fame comes from her association with her husband-to-be. Although not as famous as Noah, she seems to be just as supportive of Xan's musical career -- if not more.

Believed to be in her early 20's, Annie - who proudly represents Xanarchy Gang on her Insta bio - has also helped her fiance's drug addiction.