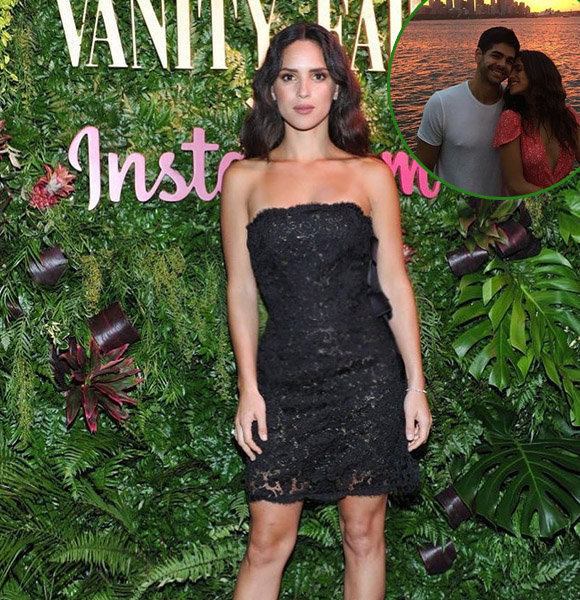 Puerto Rican TV actress Adria Arjona is best known for her role as Dorothy Gale on Emerald City (2017). However, she initially declined the audition for the role of Dorothy as she thought, the role will not land on her part.

The actress has also appeared in movies like Wedding in New York (2015) and The Belko Experiment (2016).

She has also voiced a character called Ramirez in the 2017 released-video game, Fortnite.

The Puerto Rico native has been married to Edgardo Canales, a lawyer, since 2019. The pair first met in 2017. And after dating for a year, Adria and boyfriend Edgardo got engaged in August 2018; the actress posted a picture of them wearing engagement rings and captioned it, 'A million times yes!'

Further, the couple tied the knot on 31st August 2019 at Capilla Del Hotel Santo Domingo. Their families and friends attended the wedding ceremony.

Even the Guatemalan guitarist, Gaby Moreno, was present at the wedding.

She is the daughter of former Miss Puerto Rico, Leslie Torres, and famous singer-songwriter, Ricardo Arjona. She is of mixed ethnicity; her father is Guatemalan while her mother is Puerto Rican.

Also, Adria has two brothers: her biological brother and her step-brother.

Some Interesting Facts About Adria Arjona