By LRU Writer | On: March 06, 2019
American actress Afton Williamson is showing talents in her new avatar as the ambitious police officer Talia Bishop in the ABC's TV drama, The Rookie...Along with the show, Afton's acting has also received great reviews and praises from the viewers...While her fan base grows larger with each episode, Afton's followers are still unaware of many aspects of their favorite celebrity's life... 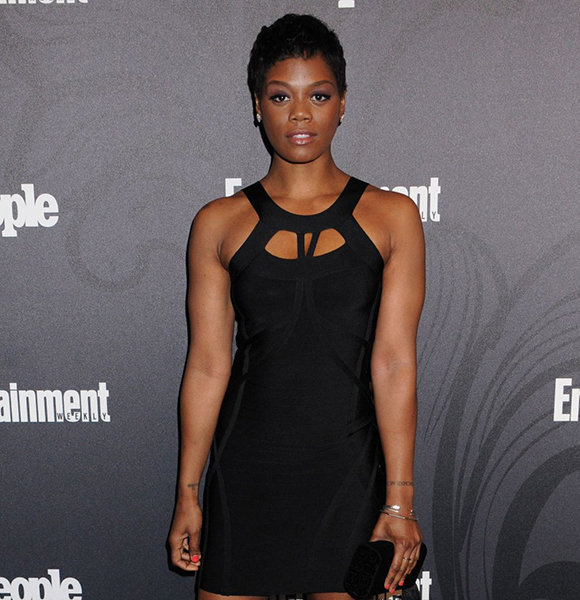 American actress Afton Williamson is showing talents in her new avatar; as an ambitious police officer named Talia Bishop in the ABC's TV drama, The Rookie. With the show, Afton's acting has received great reviews and praises.

While her fan base grows larger with each episode, Afton's followers are still unaware of many aspects of their favorite celebrity's life. Without further ado, let's take a look at the personal and professional life of Afton Williamson along with the details of her bio and husband!

Born in Toledo, Ohio, in an African-American family, Afton was raised by her parents: Brenda and Christopher Williamson. Afton - who ages 34 - celebrates her birthday every year on the sixth of September.

Afton got inspired to become an actor at a young age; however, she didn't pursue her dream until she joined college.

While amassing her Bachelor of Fine Arts education from the Eastern Michigan University, the actress got involved in theatre works making a base for her acting career. She later finished her Master's Degree from the University of Alabama.

More Actors' Bio:- 'Young and The Restless' Corey Sligh Biography: Who Is Wife, What Is Net Worth?

After completing her Master's, Afton moved to New York in 2008 and struggled for a while doing minor roles in TV shows like Da Brick and The Good Wife. She finally got her breakthrough from the 2011 art film, Pariah; which was honored with the Excellence in Cinematography Award during 2011 Sundance Film Festival.

Afton eventually got more significant parts, and to this day, she has starred in multiple movies & TV shows including Homeland, Man on a Ledge, Nashville, Blindspot, The Blacklist, The Rookie, and more.

The actress hasn't revealed her net worth but, it is expected to make way more than the median salary of an actor which amounts to $50,529 a year.

Apart from her acting, Afton is also admired for her physical beauty. With a moderate height and measurements suiting her body, she can make any woman jealous and any guy crazy.

While Afton has professionally played a loving girlfriend, her personal life seems to contradict with her onscreen persona.

Celeb Who Dated Their Co-Star:- Ben Savage Made the Headlines with his Rumored Dating with Onscreen Girlfriend turned Wife

Afton - who played the role of Nikki in the 2017 VH1 series, The Breaks - had a boyfriend in the show named Dave. However, in real life, Afton yet has no husband and hasn't hinted to get married. Nevertheless, on 6 January 2018, she jokingly mentioned on Instagram that the deceased rapper, Tupac Shakur was her husband.

Though not husband or boyfriend, Afton has her "BFF" to share her love with. In December 2016, She mentioned her "BFF" without revealing his name, and the two looked adorable together.