Ainsley Harriott Wife Rift Fueled By His Gay Sexuality? The Truth Is Here

By LRU Writer | On: December 15, 2020
Ainsley's married life turned to chaos when the chef and his wife decided to end their marriage...The father of two children who remained committed for more than two decades was assumed to have been dumped by his partner after he cheated on her...But, recent discoveries suggest that there was a different reason for the couple's separation: Ainsley's gay sexuality... 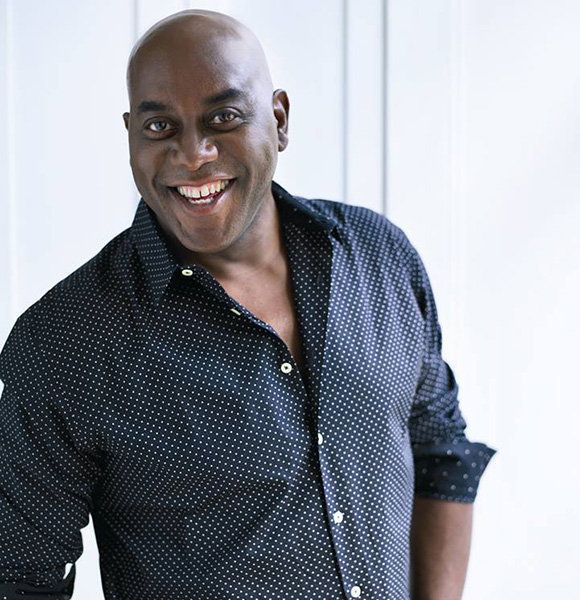 Celebrity chef Ainsley Harriot became famous after hosting the British cook show Can't Cook, Won't Cook. Ainsley, who is also an actor and a cookbook author, has garnered sufficient net worth from his career.

However, despite the professional success, Ainsley's married life turned to chaos when the chef and his wife decided to end their marriage. The father of two children, who remained committed for more than two decades, was assumed to have been dumped by his partner after he cheated on her.

But, some discoveries suggested that there was a different reason for the couple's separation, Ainsley's gay sexuality.

The Ready Steady Cook star, Ainsley was previously married to costume designer Clare Fellows. Ainsley first saw Clare in a clothes shop and instantly fell for her. The pair eventually started dating and finally tied the knot in 1989.

Ainsley and his wife became parents to their first child, a son named Jimmy, in 1992. Three years later, Clare gave birth to her first daughter, who was named Madelaine.

Ainsley's son, Jimmy, now 28, and daughter Madelaine, now 25, are great cooks. They were tutored but the celebrity chef, Ainsley himself. They feel comfortable in the kitchen and throw dinner parties and entertain people. Ainsley with his wife Clare Fellows and family arrives for the world premiere of The 'Borrowers' on 2 December 1997 (Photo: diomedia.com)

Ainsley, along with his wife and children, lived in a luxurious mansion worth $1 million in South London, and the family was living a comfortable life.

"My wife Clare, she’s wonderful. I’m spoiled, but then she gets all those lovely meals cooked for her." However, by 2004, reports surfaced in the Sunday Mirror that the chef was having an illicit affair outside of his marriage.

After being together for almost 23 years, Ainsley and his wife broke the hearts of many with their divorce news in 2012. A representative of the couple mentioned that they had started living separately but were still on good terms. The source said,

"Their separation is completely amicable and, as yet, they have no definite plans for the future. They remain close and, together with their family, they ask that their privacy be respected. They will be making no further comment."

Many believed Ainsley's extramarital affair with his mistress to be the reason for his divorce, while in a talk with the Mirror, Ainsley openly said that things did last between them. However, when he looks at his beautiful children and the lovely relationship he has with them, he feels positive.

He added that he still has love and feelings for his ex-wife because she gave him the most important thing, and there is respect.

But for now, he has moved on with another relationship.

Ainsley, age 63, sued a magazine to stop his girlfriend's name from becoming leaked in public. So, his mystery mistress's identity was prevented from being disclosed due to a gagging court order.

But he is open that he has started a new life with a partner. He is enjoying having love and sharing his life with someone he loves the most.

He resides in Wandsworth, London

Even though his affair was initially deemed as the cause of the separation of Ainsley and his wife, rumors later circulated that the cookbook author was gay in real life. The gay rumors came out as a shock to Ainsley, and he was more surprised that fans didn't believe he was straight.

"People are often surprised that I’m not gay. They think I’m camp as I’m happy, but I was married and have kids. I love women."

He even had to justify his sexuality by posting a tweet that has now been deleted.

The TV presenter holds a substantial net worth of $4 million. He has managed to accumulate this amount through a range of sources.

He is the owner of Ainsley Harriott Food Company that sells various edible products such as packaged soups. Most of the products of his brand are sold through his self-titled website too. Likewise, the free recipes on his website generate many site traffic every day. Most importantly, he generates income from sales of his various cleverly titled cookbooks such as Meals In Minutes and Barbeque Bible that sells for around $17 online.

Author Of Cookbooks:- Who Is Fabio Viviani's Wife? Recipes For All - Successful Restaurant & Married Life

In 2015, the host was paid very handsomely by Tower Hamlets council to judge a curry competition. He received a paycheck of more than $13,000 from the event organizers.

In 2019, he hosted his new cooking show Ainsley’s Caribbean Kitchen, which premiered on ITV Network on 20th January 2019. The show ran for about ten episodes, and it's apparent he received a huge salary from his appearance in it.

He was part of the Member of the British Empire (MBE) for services to culinary arts and broadcasting in the 2020 New Year Honours.