By LRU Writer | On: October 18, 2019
American Actress Alexa Helen Nikolas doesn’t have...but she was happy with her...27 years old actress is looking for someone...her confrontation with Britney Spears at the...after four years of marriage... 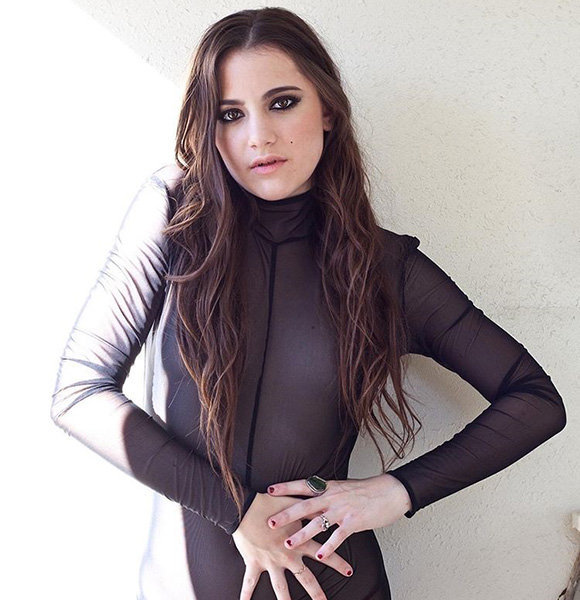 A kid of the '90s, Alexa Helen Nikolas, is a native of Chicago, Illinois.

She made her acting debut with P.U.N.K.S. in 1999, depicting Jenna Bygayly. She has played in numerous TV shows and movies since then.

The American actress is best known for her role as Nicole Bristow in the Nickelodeon teen classic, Zoey 101. She played Zoey’s best friend in the show alongside stars like Jamie Lynn Spears, Paul Butcher, and Sean Flynn in 2005-2006.

Alexa won Young Artist Award for Best Ensemble Performance in TV series for her role as Nicole Bristow in Zoey 101 consecutively in 2006 and 2007.

Further, she has guest-starred in various movies and TV shows, most notably The Suite Life of Zack & Cody, Judging Amy, ER, Without a Trace, Criminal Minds, and Heroes.

Is Alexa Lesbian Or Has Husband?

Ladies and Gentlemen! It looks like Alexa is available as of 2019.

In a video posted on her Instagram around 2019 Valentine, she said that she doesn’t have a boyfriend, but she was happy with her life. No updates of her relationship suggest that the 27-year-old actress is looking for someone to settle. By way of contrast, some lesbian rumors were swirling around Alexa in 2014. Back then, she was still married to Canadian singer Mike Milosh of the R&B band, Rhye. Thus, she dismissed the alleged lesbian comments lightly, citing that she was happily married.

However, after four years of marriage, the duo split in 2016. Then, the lesbian rumors surfaced again, especially after Alexa posted a picture of her kissing another woman on her Instagram in April 2017.

Thus, Alexa might still be trying to find herself and her sexual preference as of now. The movie actress also may be looking for the right mate. But, whether it is a man or woman, only time will tell.

Alexa is the only child of a successful realtor Alexandra Nikolas and New Zealander father, Zealandia Nikolas. She was home-schooled and raised by her mother as her father left the family when she was six months pregnant.

Additionally, Alexa’s grandmother was Miss Texas, and her grandfather was top of his class at Harvard Law School.

Another interesting fact about Alexa is her confrontation with Britney Spears at the set of Zoey 101. Reportedly, there was an off-screen battle between Alexa and her co-star Jamie Lynn, who happens to be Britney Spears’ little sister.

As of now, Alexa is working on a series of documentary water project Metanoia. The water project is a charity for providing sanitation solutions and water in different villages.