By LRU Writer | On: November 28, 2019
Australian reality star Ali Oetjen first entered the world of reality...came back as the lead on...her relationship with Taite Radley...are still very much together...even talked about wanting to get married and start a family...was once engaged to a guy named... proposed her in 2015 while they were vacationing... boasts an amazing figure, stands at the height... 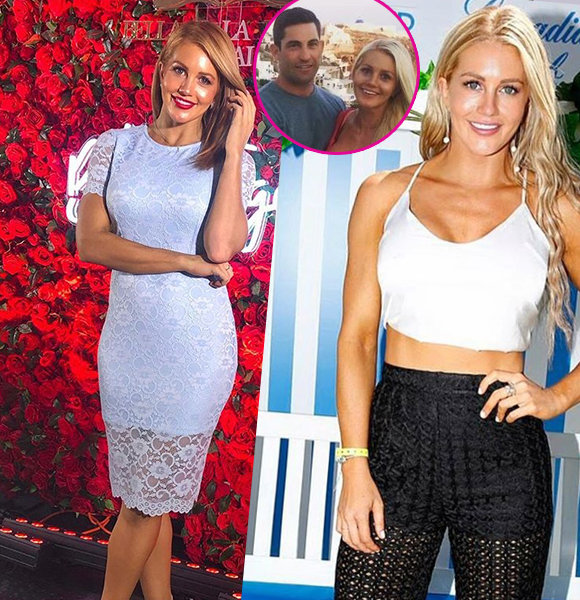 Ali Oetjen first entered the world of reality TV as a contestant on the first season of The Bachelor Australia in 2013.

After being one of the most popular contestants in the show, she came back as the lead on The Bachelorette Australia in 2018.

Apart from being a reality star, Ali is also a former pageant runner, who represented South Australia at the 2011 National Miss Tourism Australia final.

Who Is Ali Oetjen Boyfriend?/ Married

Anyone who has followed Ali's journey in The Bachelorette knows about her relationship with Taite Radley. To those who are not familiar, Taite is the winner of the reality show who won Ali's heart at the end of the show.

Before entering the reality show, to win the Bachelorette's heart, Taite worked as a branch manager for the Bank of Melbourne.

The couple met for the first time in the reality show. Ali developed a strong feeling toward Taite early on the show because of his confidence and politeness. But, she did give everyone a chance and made her final decision at the end. Ali Oetjen posing with boyfriend Taite Radley after a workout session at the gym in 2018 (Photo: dailymail)

Although rumors regarding their break up has surfaced in the media a few times, the two are still very much together and going pretty strong. Further, the couple, who celebrated their first anniversary as a couple in August 2019, has even talked about wanting to get married and start a family together.

Well, looking at their PDAs on social media, the big day might not be far away.

Before finding herself 'The One' on The Bachelorette, Ali was once engaged to a guy named David Waldeck. The couple met after Ali's stint on The Bachelor in 2013 and fell for each other.

After dating for eighteen months, David proposed her in 2015 while they were vacationing in a small German town. Ali even took to Instagram to share the details of her engagement.

You May Be Interested:- Hannah Brown [DWTS] Dating Status, Is She Engaged?

But in 2017, Ali announced that her engagement of two years was off. As for a reason, she stated that her ex-fiancé was reluctant to share his feelings, and despite trying hard, the two were not able to work things out and eventually parted ways.