By LRU Writer | On: August 25, 2019
Rachel Lindsay got married to the man of her...People magazine confirmed the details of the marriage. Well, the reality stars became husband and wife in...Interestingly, the couple became just the fourth couple from the... 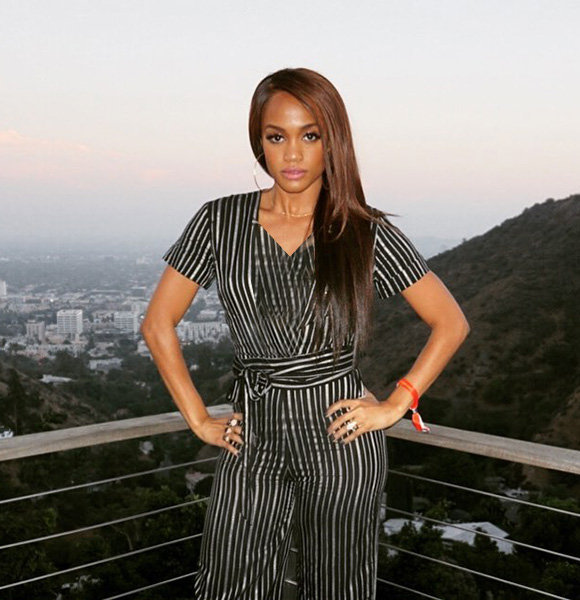 Rachel Lindsay is married to the man of her dreams!

On 24th August 2019, the former Bachelorette tied the knot with her fiance’ Bryan Abasolo in a destination wedding at Royalton Suites Cancún, Mexico.

People magazine confirmed the details of the marriage. Well, the reality stars became husband and wife in the much-awaited wedding ceremony after getting engaged in 2017. However, the pair - who met on national TV - chose not to televise the beautiful ceremony.

Interestingly, the couple became the fourth couple from the Bachelor nation to get married as of August 2019.

Rachel and Bryan Abasolo planned their wedding for two years so that every detail would be perfect. All the work paid off as the ceremony was a magical one.

The meticulous bride wore a white tulle gown, with short-sleeve and a sequin leaf print detail on top. She opted for a tulle veil which added train effect to the overall look. As per her hairdo, she pulled her hair back and rocked a bold red lip. Complementing the gorgeous bride was Bryan who looked dapper in classic black pants, off-white jacket with black detail and a black bow tie.

How It All Began?:- Rachel Lindsay Is Engaged-To-Get-Married! Already Has Plans For Wedding With Mystery Partner

The wedding might just be the start of a milestone for the newlyweds as Rachel has mentioned her desire to become a mother. And, fans cannot wait to see their favorite couple become parents.

Rachel's man, Bryan, is a chiropractic physician by profession. The reality star has worked as a clinic director in Miami, Florida.

The University of Florida alum shot to fame after winning Rachel’s heart on season 13 of The Bachelorette. Born on 15 February 1980, the reality star started the show with a bang. Well, he managed to win the first impression rose via speaking in Spanish and giving his now-wife a rather steamy kiss.

Then, Rachel and his relationship slowly progressed on national TV. At the end of season 13, the final contestants were Peter Kraus and Bryan. The latter won.

At the end of the season, Bryan went down his knee and proposed the Bachelorette lead with a Neil Lane diamond ring.

The reality star was a regular girl practicing law before the Bachelor franchise changed her life. She started her TV journey as a contestant on Nick Viall’s season of the Bachelor.

However, the 34-year old’s journey was cut short after she got eliminated in the final three rose ceremony in 2016. After the heartbreak, Rachel came back with a bang the following year and made history as the first African-American lead of the show.