Who Is Alicia Keys Husband? Details On Parents, Ethnicity & More

By LRU Writer | On: January 29, 2020
Alicia Keys is an American singer, songwriter, and pianist...is married to husband Swizz Beatz from 2010...has two children with Swizz...also has three stepkids from his previous relationships...had an affair before her marriage with Swizz...her age is...her parents are of African-American and Caucasian ethnicity...her boyfriend... 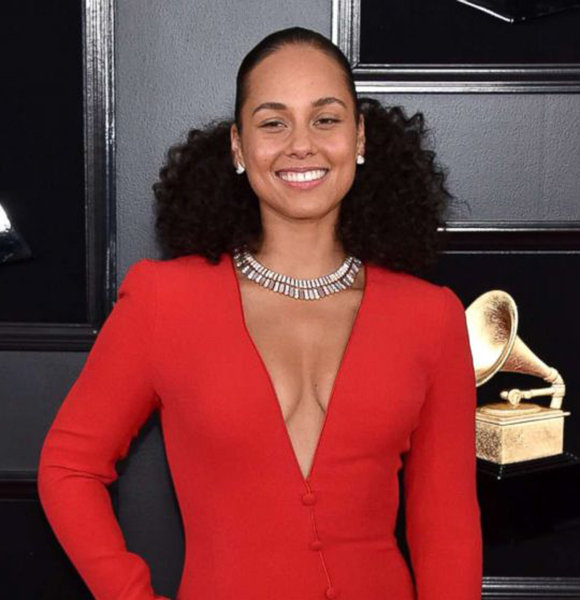 She is a songwriter and composer who has released six studio albums, two live albums, one Extended Plays (EP), and 42 singles during her career as a musician.

Her debut album was Songs in A Minor (released on the 5th of June 2001), and her latest album is titled Alicia, which is set to be released on the 20th of March 2020.

In addition to that, she has 61 credits as an actress, most of which includes appearing in her music videos, and in a few productions such as TV series Empire in 2015 and movie The Secret Life of Bees in 2008.

Alicia met her husband, rapper Swizz Beatz when they were young. She was 16, and he was 17 when they met each other for the first time.

But, they didn’t start dating until 2008. And at the time when they started going out with each other, Swizz was married to his now ex-wife Mashonda Tifrere.

Their dating life turned into an engagement in 2009 when Swizz proposed to Alicia. She accepted, and they got married soon after Swizz’s divorce to Mashonda was finalized on the 7th of May 2010.

Alicia and Swizz exchanged their vows on the 31st of July 2010 in a small ceremony on the French island of Corsica. For her wedding, she wore a wedding gown designed by Vera Wang. Following their marriage, Alicia’s first child, Egypt Daoud Dean, was born on the 14th of October 2010.

And her second kid, son Genesis Ali Dean, came into the world on the 24th of December 2014. She was 29 and 33 while giving birth to her two children, respectively.

She co-parents the kids with Mashonda.

Alicia had a secret affair with musician Kerry “Krucial: Brothers. This relationship ended just before she started dating Swizz Beatz.

Alicia was born in Hell’s Kitchen, Manhattan, New York City, to Terria Joseph and Craig Cook. His father is African-American, and her mother is Caucasian, who has Italian/Irish/Scottish descent.