By LRU Writer | On: April 15, 2019
Away from her musical journey, what is Cher's like as a person...How was her upbringing...Is she married or dating still...Read along to find out... 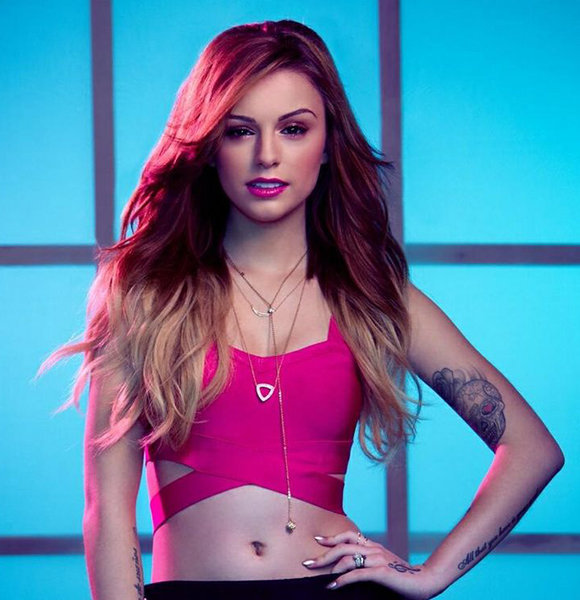 So impressed was Simon Cowell with Cher Llyod during her stint at The X Factor that the music mogul eventually signed her to his record label Syco. In 2011, her very first single under the UK-based imprint titled Swagger Jagger peaked at number one on the UK singles chart.

Sticks + Stones, Cher's debut album released in 2011, spawned more hit songs including Want U Back and With Your Love.

Building on the success of her first project, the Malvern England-native released her long-delayed project called "Sorry I'm Late" in 2014. Like her previous work, it included many chart-topping songs such as Sirens and I Wish.

Without a doubt, she's one of the most beloved musical figures in not just the British Isles, but the whole world. Look no further than her $2 million net worth for proof.

In 2018 BBC interview, the None Of My Business songstresses shared her dissatisfaction with not being able to release new music. In the revealing sit-down, she confessed to losing the spark once all the while promising new music shortly.

Away from her musical journey, what is Cher's like as a person? How was her upbringing? Is she married or dating still? Read along to find out!

Born on 28th July 1993, Cher, who holds British nationality, grew up in Malvern, Worcestershire, England, United Kingdom. She is the oldest of her four siblings. Her upbringing wasn't conventional per se. As a kid, she traveled all over Wales with her parents - father Darren and mother Diane - in a Caravan.

After completing her studies as a performing arts student at the Dyson Perrins High School, the Oath hitmaker enrolled herself at the theatre arts school Stagecoach.

Before getting accepted at The X Factor to perform Keri Hilson's rendition of the smash hit Turn My Swag On, Cher - now age 25 - got rejected twice by the reality singing competition show.

Upon achieving worldwide superstardom. Cher didn't go on a string of dates with fellow industry men. Instead, she settled with a relatively unknown figure named Craig Monk.

The Sirens songstress met Craig, a hairdresser by trade, in early 2011 at the Mayfair Salon, where the latter was working at the time. Shortly after, in April that year, the duo began dating and even moved in together.

After nine months of dating, Cher and her then-boyfriend Craig got engaged. And, almost two years after their engagement, in November 2013, the couple got married in a secret wedding ceremony. Cher Llyod and her husband, Craig Monk pose for a wedding photo circa Nov 2013 (Photo:- dailymail.co.uk)

Sharing the snap of the two in wedding outfits and captioning it with the date of the big day, Cher refrained from revealing further details. A close source released a statement saying that the details of the ceremony were private.

Four years after tying the knot, in January 2018, Cher announced that she was six months pregnant with her husband Craig's baby. The joy, however, was a short-lived affair.

Within days of the pregnancy announcement, a woman by the name Sunny Searle came forth with the claim that Craig had a secret daughter named Tillie with her.

In an almost bitter tone, she wrote about laughing at the fact that media outlets had described Craig as the first time father when in reality he was about to become a father of two children.

Nevertheless, Cher and her husband welcomed their first child - a baby girl named Delilah Rae - in May 2018.