Alicia Malone Working On Next Book? Who Is Her Husband?

By LRU Writer | On: July 05, 2021
Movie reporter-TV host Alicia Malone has had quite a smooth ride throughout her career...While she has worked as a correspondent for various entertainment networks and is open about her professional life, her aspects are often overshadowed by her accomplishments...As much as Alicia doesn't want her private life to be a topic of gossip, her fans are equally obsessed to know even tiny details of what it's like to be Alicia Malone...Without further delay, let's find out if the beautiful journalist has a family to share with her husband or whether she is just preoccupied with a celebrity crush! 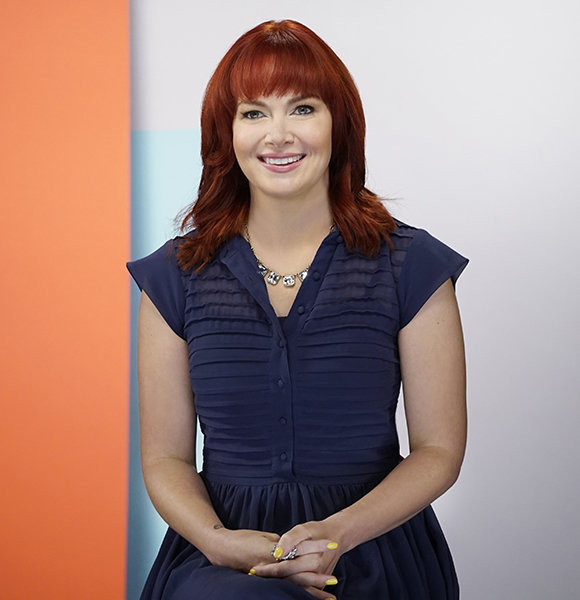 Movie reporter Alicia Malone has had quite a smooth ride throughout her career. While she has worked as a correspondent for various entertainment networks and is open about her professional life, her personal aspects are often overshadowed by her accomplishments.

During her career as a reporter-journalist, Alicia has hosted interviews of several high-profile celebrities, including Tom Cruise, Ryan Gosling, Tom Hardy, and many more.

However, among all the actors she has interviewed, she has been linked with Jake Gyllenhaal. Over the years, the two have spent several screen time together where she has acted as the interviewer. Alicia even mentioned the Donnie Darko actor as her future husband. But, it is often considered as mere professional flirting by many of their fans.

Meanwhile, some believe that Alicia is hooked on Jake, and her flirty behavior with him is not just an act, but her hidden feelings towards the actor and her will to get married to him.

As both Jake and Alicia have not really talked about the allegations, all of them count as baseless rumors. Further, Malone seems single as after fans shipping her with Jake, she has not been linked with anyone and her social media also shows no signs of having a boyfriend.

Born on 4 September 1981 in Australia, Alicia grew up in Sydney in a family filled with movie enthusiasts. So, Alicia, who pursued her primary education from Canberra Girls Grammar School, wanted to be a part of the entertainment industry from a young age.

Further, she worked as a host on events like the Tropfest Short Film Festival and AFI Awards.

Other than that, Alicia is an expert at hosting interviews with celebs and drawing their secrets out. From her career, she has accumulated a substantial net worth under her name. As of 2021, she is a host of the Turner Classic Movies, and according to her most recent post on June 25th, 2020, she is currently taking a break from social media and focusing on writing her next book.