By LRU Writer | On: January 24, 2020
Alison Riske is a professional tennis player...ranked a career-high #18...won the very first Tianjin Open in October of 2014...Wimbledon quarterfinals in 2019 by defeating the world’s no.1 Ashleigh Barty...bio reveals her age...got engaged...wedding with her husband...tied the knot on 20 July...stands at a height of...her ranking as of now... 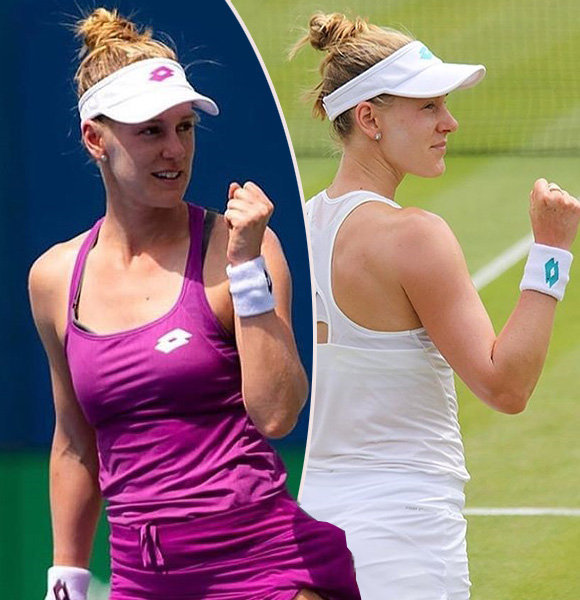 Alison Riske is a professional tennis player who ranked a career-high #18 on 4th November 2019.

She won the very first Tianjin Open in October of 2014. It was also her first WTA tour victory. Alison also reached her first Wimbledon quarterfinals in 2019 by defeating the world’s no.1 Ashleigh Barty.

The 2014 Tianjin Open champion was born on 3rd July 1990 in Pittsburgh, Pennsylvania. Born to Al Riske, an FBI investigator, and Carol Riske, a school teacher, she grew up in a family that was enthusiastic about tennis.

She also has a sister, Sarah Riske and a brother, Dan Riske. Both of her siblings played college tennis. Sarah was a four-time-all-American at Vanderbilt and played professionally as well.

Alison Riske made her professional debut in 2008. Throughout her career, she has earned a total of $4,596,662 for prize money. The two first gained major attention when Stephen was captured motivating Alison during her game in August of 2015. Many thought he was her coach and she clarified her relationship with Stephen for the first time via Twitter. In her own words:

He's not my coach, he's my boyfriend. He came here using vacation time & helped me get a top 10 win today

The couple got engaged in June of 2016. While the couple didn’t reveal anything regarding it themselves, Stephen’s cousin and former professional tennis player, Prakash Amritraj took to Instagram to congratulate them for having gotten engaged.

The two tied the knot on 20th July 2019 at LeMont Restaurant in Pittsburgh. Stephen is the chief tennis officer at Universal Tennis.

More About Serena:- Serena Williams Reveals Being Pregnant; A Gift From Dating Affair With Boyfriend