By LRU Writer | On: July 30, 2019
Ashleigh Barty is one of the gifted players who can cover all the areas in a lawn tennis court with her... took her to the finals in three of the four occasions in Grand Slams in...started dating each other from 2016 when they first met at Brooklands Golf Club in Queensland when... won the US Open doubles in 2018 and also clinched the French Open in... 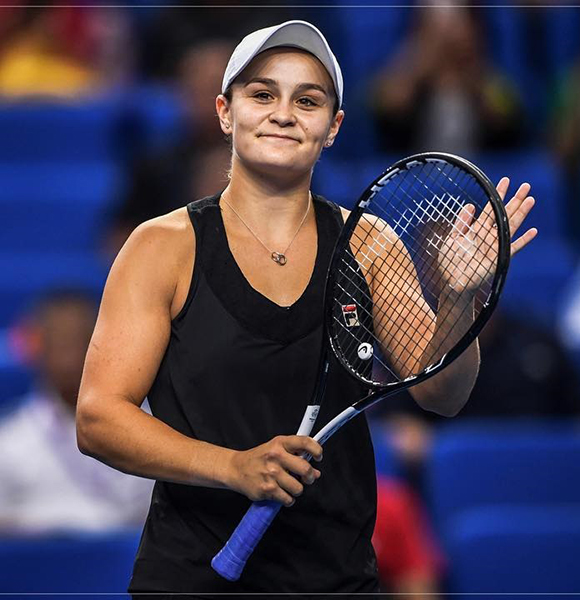 Ashleigh Barty is one of the gifted players who can cover all the areas in a lawn tennis court with her witty throwback style, intelligent shot placement, and slice lobs that can easily beat her opponents.

Her strategic gameplay took her to the finals in three of the four occasions in the 2013 Grand Slams as a double play. She also moved into the singles scene with an impressive 6-0, 6-3 victory over Francesca Schiavone, the same year.

Ashleigh Barty’s rise to professional tennis circuit was not an ordinary task. But, she did not credit her success all to herself but also gave her long term boyfriend Garry Kissick a fair share of her success.

The pair started dating each other in 2016 when they first met at the Brooklands Golf Club in Queensland, Australia. At the time of their first encounter, Ashleigh was playing a round of golf and her partner Garry was showing off his skills as a trainee professional golfer. The chemistry between them instantly clicked, and they quietly started dating each other. Since then, there was no stopping the power couple. In the 2019 French Open, Garry also came to show his support for the Australian - who went onto to become the champion later that day.

As of now, Ashleigh and her boyfriend are often seen traveling places all around. Further, they are spotted spending ample time with each other on holidays. By the looks of it, a happily married life is up ahead for both these love birds.

Ashleigh Barty outplayed many of her opponents and became Austalia’s best hope of Grand Slam success in both doubles and singles.

She won the women’s double title at the 2018 US Open and ended Australia’s eight-year wait for a significant silverware.

Not only did the short framed player displayed barrages of power shots against Marketa Vondrousova in the Roland Garros decider, but she also claimed the French Open title in 2019.

Following the win, Ashleigh climbed to the world no. 2 spot and also grabbed the considerable prize money of over $2m. Now, the Queenslander accumulates a massive net worth from championships, brand endorsement, and sponsorship, which further enhances her ever-growing net worth.

Born in Queensland, Australia on 24 April 1996, Ashleigh Barty enjoyed a simple upbringing from her parents: Robert Barty and Josie Barty. She was raised along with her sister Sara Kate.

Growing up, she held the tennis racket very dearly. At the age of four, the Queensland native had already started playing the sport. She even enjoyed an impressive junior playing career, winning the 2011 Wimbledon Girls Singles' title.

However, her small height of 5 feet 5 inches (1.66m) with bodyweight over the prescribed limit for an athelete, put a halt in her success story. She struggled a bit and shocked the world by hanging her playing racket and moved onto play professional cricket.

Soon, she made a comeback in tennis in 2016 and never looked back. She won the US Open doubles in 2018 and also clinched the French Open in 2019, making her the first Australian woman to win the title in eight years.

As of now, the 23-year-old is on her best form with 31 WTA wins and is the National Indigenous Tennis Ambassador.