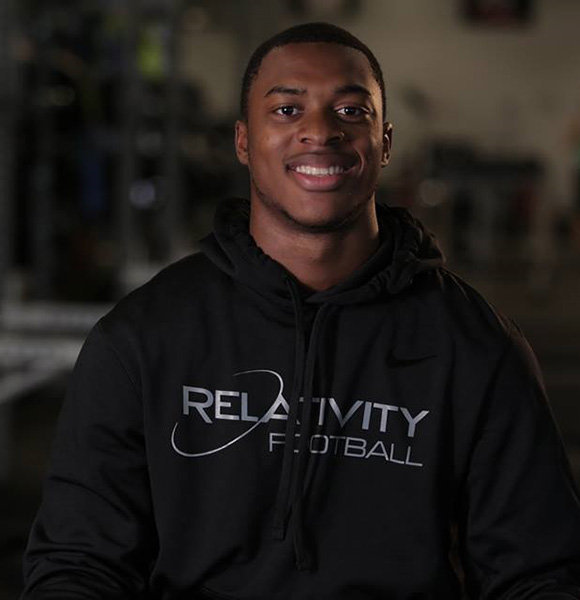 During his six years in the NFL, Allen Robinson's career has always been on the rise. Since joining the Jacksonville Jaguars in 2014, the wide receiver has never looked back.

After four years with the Jaguars, he left in 2018 to join the Chicago Bears and is still affiliated with the team.

Allen Robinson was born on 24th August 1993 in Detroit, Michigan. He was raised by parents: Allen Robinson Sr. and Tracie Robinson alongside his sister Ashley in a family of four.

The Michigan native was already into football from his schooling days. From there, he joined Orchard Lake High School for further studies.

Later, he got enrolled at Penn State University, where his career clicked off. Coached by one of the best of the time Joe Paterno, he had a total of 12 starts to his name and recorded three catches for 21 yards.

Read About Another Chicago Bears Player: Mike Glennon Top Notch Stats Recently Granted Him A Trade With An Enormous Contract

In his sophomore season, Allen got the game time he needed after the team’s big players' departures. Consequently, he became the team’s first choice wide receiver.

The footballer hit a growth spurt during this time and now stands at the height of six feet and six inches (1.93 m) while maintaining a weight of 96 kgs.

With his impressive stats of 97 receptions for 1,432 yards rushes and 11 touchdowns in his sophomore season, Allen entered the 2014 NFL drafts. There, he was selected by the Jacksonville Jaguars as the 61st pick.

Not only has Allen been doing well on the pitch, but he’s also been doing fantastic off the field as well.

He has been dating the jaw-droppingly gorgeous model, Alyssa Sorto. Born in New Jersey, Alyssa is of Cuban and Albanian descent. She is signed to the agency 7 Talent Agency and has already graced the cover of Mixed Magazine.

Allen and his girlfriend were first seen together in 2018 and are presumed to have been dating since.

The two share more than a million followers combined and post pictures showing one another off quite frequently.

Robinson has been wowing the audience with his performances since his high school days, and it hasn’t stopped yet.

The 25-year-old is signed to the Chicago Bears after his long spell with the Jacksonville Jaguars.

His transfer to the Bears was sealed with a three-year, $42 million-worth contract. The contract saw him earn a base salary of $9.9 million in 2019.

Robinson still has a lot to go in his career, and with the talent that he possesses, his net worth will possibly arise in the future.