By LRU Writer | On: February 20, 2020
American dancer Allison Holker is famous for her appearance on dance reality shows namely...Allison started her dance training at The Dance Club as a...Allison has been married to fellow...They also became parents to...Stephen is a dancer known for shows like So You Think You Can Dance season four (2008). He is the resident... 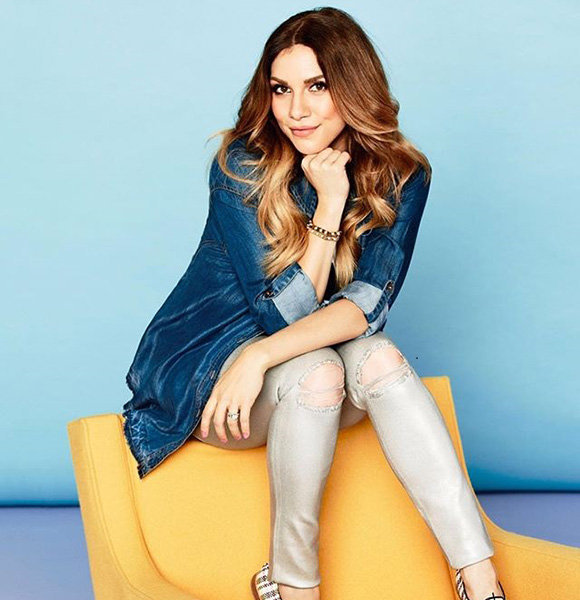 Allison started her dance training at The Dance Club as a nine-year-old. Soon, she started competing in dance competitions; she won Company Dance (2004) and New York City Dance Alliance (2005).

In 2006, Allison broke out as she reached the top eight of So You Think You Can Dance, season two. Four years later, she returned to the show's season seven as one of the All-Stars.

So You Think You Can Dance Star:- Lauren Gottlieb Bio, Parents, Personal Life

According to Celebrity Net Worth, Allison has a net worth of $2 million.

Allison has been married to fellow dancer Stephen "tWitch" Boss since 10th December 2013. How It All Began

Allison and Stephen ran in the same social circles due to their dancing careers. However, they never spoke to each other.

But, things started changing in 2010. During season seven of So You Think You Can Dance, Allison started developing feelings for Stephen. She tried to approach him, but he didn't get the hint.

Celebrity Lovestory:- Lacey Schwimmer Dating Affair! Someone She Could Get Married To?

Finally, at the wrap party of the show, the duo bonded and danced for three hours. After the part, the pair started dating and eventually got engaged in December 2012.

Who Is Stephen "tWitch" Boss?

Stephen is a dancer known for shows like So You Think You Can Dance season four (2008). He is the resident DJ of The Ellen DeGeneres Show; he started in 2014.

Allison was in a relationship with a mystery man. The duo was engaged to be married. They also became parents to daughter Weslie Renae Fowler on 26th May 2008. However, the relationship couldn't last.