By LRU Writer | On: June 19, 2019
Lauren Gottlieb is an international star as she has forayed into both Bollywood and Hollywood...is among the minority of the celebrities who talk about her personal life openly...Similarly, Hannah Montana: The Movie star of height... 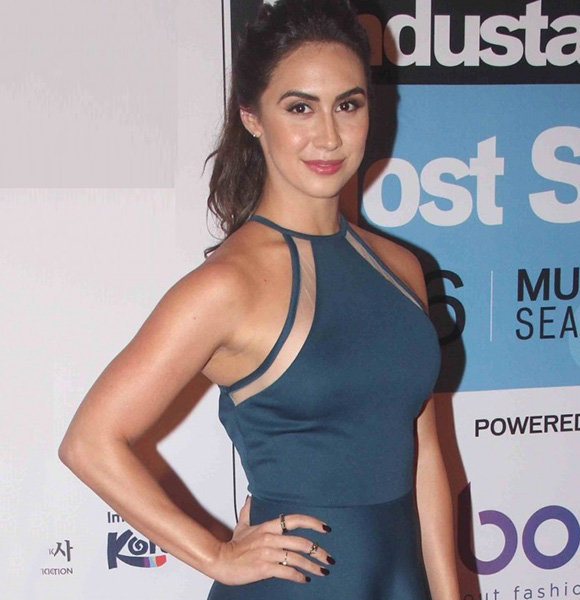 Lauren Gottlieb is an international star as she has forayed into both Bollywood and Hollywood.

She started her showbiz journey on season 3 of So You Think You Can Dance and managed to reach the final six. Then, she assisted ace choreographers like Tyce Diorio and Napoleon on the show for season four, five and six.

Lauren’s hard work paid off as she became All-Star from season seven and started her full-fledged journey as a dancer-choreographer. It was her work in the FOX Network’s show that got her into Bollywood.

It so happened that director Remo deSouza saw her impressive performance in So You Think You Can Dance and offer her the lead role in 2013 film ABCD (Any Body Can Dance). Since then, Lauren has worked in several Indian movies Welcome 2 Karachi, and Any Body Can Dance 2.

Lauren is among the celebrities, who talk about their personal life openly.

Well, she had been in three serious relationships till 2015. But, they didn’t work out. After her move to India, she got linked to a few of Indian artists. The top on the link-up list was Lauren’s Jhalak Dikhhla Jaa dancer-partner Punit Pathak. Similarly, she was also linked to music composer Vishal Dadlani.

However, she put an end to dating speculations when she posted a cozy picture with her boyfriend, Benjamin in 2018 via Instagram. While the pair looked adorable in the social media picture, sadly, the dating relationship couldn’t last. After that, Lauren moved on with actor-writer, Matt Raimo. The pair still flaunts their love on Instagram.

Lauren was born to parents Carl and Lyn on 8th June 1988. She is the middle child among her siblings. The 31-year-old has an elder and a younger brother. Her older one is a pilot by profession.

Well, her mortgage broker father and jewelry line owner mother supported her passion at a young age. She started learning dance at age seven and didn’t stop ever since. After completing her high-school education, she moved to Los Angeles from her native Scottsdale, Arizona.

There, she started struggling for her dancing career and got into So You Think You Can Dance. The show took her places as she got to perform with pop-stars like Rihanna, Mariah Carey, and Britney Spears. Similarly, Hannah Montana: The Movie star - height 5 feet 5 inches (1.65 m) - also privately coached A-lister like Tom Cruise, Katie Holmes, and Tobey Maguire.

While she made a salary of $34,546 per year, which added to her net worth, Lauren wanted to make a career in acting.

Thus, she tried her hands in acting and got her first project, Ghost Whisperer. The actor-dancer then went onto getting guest roles in ABC Family's Make It or Break It and CBS series, CSI: Crime Scene Investigation.

Lauren’s fame grew when she acted in Indian movies and dance reality show, Jhalak Dikhhla Jaa. Now, she juggles her time between the US and India, working on various projects.