Andra Fuller is Not Gay! His Thoughts on Dating Says it All

By LRU Writer | On: June 10, 2019
Andra Fuller is Not Gay! His Thoughts on Dating Says it All Andra Fuller, who also happens to have portrayed a gay role in a drama series, led the viewers to question his sexuality for his depiction. However, if we are to go by his thoughts on dating, we can assure he isn't gay! Want to have a peek at what are Andra's thoughts on dating? Keep reading! 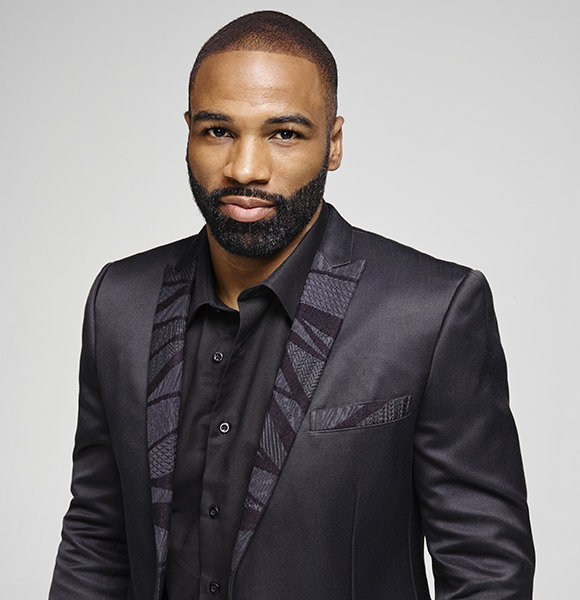 Irrespective of how the world has advanced; people still have conservative thoughts on someone's sexuality! One falling under an LGBTQ community usually becomes the talk of the town instantly. No wonder, people are so ready to jump into a conclusion regarding the sexuality of an actor who portrays the gay/lesbian role on screen.

Andra Fuller, who also happens to have portrayed a gay role in a drama series, led the viewers to question his sexuality for his depiction. However, if we are to go by his thoughts on dating, we can assure he isn't gay!

Want to have a peek at what are Andra's thoughts on dating? Keep reading!

Well, it might not just be people' perception, but the actor's dedication towards the role they portray also is a key to deceive people in making them doubt about the actor's sexuality in real.

Whatever be it; Andra Fuller who depicted the role of a gay man in a Canadian drama series, The L.A Complex, isn't gay by the looks of it. The actor, producer, writer, comedian, and what not, Andra Fuller has his thoughts on dating, and his preference is entirely towards ladies.

Back in 2010, Andra confessed on Twitter that he ends up dating model/ actress from the industry; however, he loves girls "with a little ghetto edge" to them.

Also, as per him, he won't be dating somebody who lives in the valleys. Moreover, if you fantasize about making Andra your husband, make sure you don't curse a lot. Not just he has a preference, but back in 2013 Andra even proposed his longtime girlfriend, Fantasma. Well, now you know why he became a comedian as he was joking and prosing to thin air sitting on his couch alone

On Valentine's day 2017, Andra laid out a 'moment of honesty' mentioning his future wife.

Now, having a glance at all that, how appropriate is it to call a guy who fantasizes ladies, to be gay? You might feel like it's a part of his comedic routine to talk about imaginary girlfriends, but he hasn't come out as gay either; which supports the grounds of him not being a gay man.

On 6th February 2018, Andra tweeted a cryptic tweet about his wife liking Whatever You Want song. The tweet led people confused if he got married, or it was another of his wife jokes on Twitter. Only time will tell.

However, he is a father to two children-sons, Dralon and Justice. He keeps gushing about them on Instagram. On 18th June 2018, he posted a series of picture honoring his two kids on Instagram. Still, it is not known who the mother of the Fuller boys is or Andra’s relationship status with her.

Since moving to LA on 17th January 2008, Andra has managed to find a foothold in the city of dreams.

He has acted in several TV shows till date. The programs are Prison Break, The Game, The L.A. Complex, Roomie Lover Friends, Black Jesus, and Black Card Revoked.

More to Know About Andra Fuller

Born to parents, Andra Davis, and Ruby Jewel Fuller on 27th May 1979, Andra is 40 years of age. And as a matter of fact, Andra has taken his mother's last name.

Andra, who is the youngest of his three siblings, brother, Quincy, and big sister, Demetria, not only gushes about his imaginary girlfriend, but he equally talks about his parents on social media.

Back in 2010, he expressed he wants to get particular piercings on his body; which his parents might not approve of via Twitter.

Also, did you know, Andra hated the spelling of his name growing up? Andra described how he got his name and why he hated how people mispronounced his name,

"Well, first and foremost for those who don’t know, my name is pronounced, Andre, it’s just spelled slightly different. And there is not a single day that goes by that somebody doesn’t mispronounce my name. Which is also why I used to DREAD the first day of school as a kid. LOL!! But in short, my grandmother named my dad Andra and that’s how she chose to spell it. So in turn, my mother gave me the same name and spelled it the same way. Growing up, I hated the spelling of my name, but now that I’m an actor, I love it because its unique and it sets me apart in an industry where everyone is fighting for a way to stand out."

If you ever get to see him in person, now you know how to pronounce his name.