By LRU Writer | On: June 10, 2019
Andrea Feczko is the host of ABC’s Vacation Creation...Add to the host’s TV career...She shares... ethnicity with her siblings... Her fans want to know is she is married to a husband... 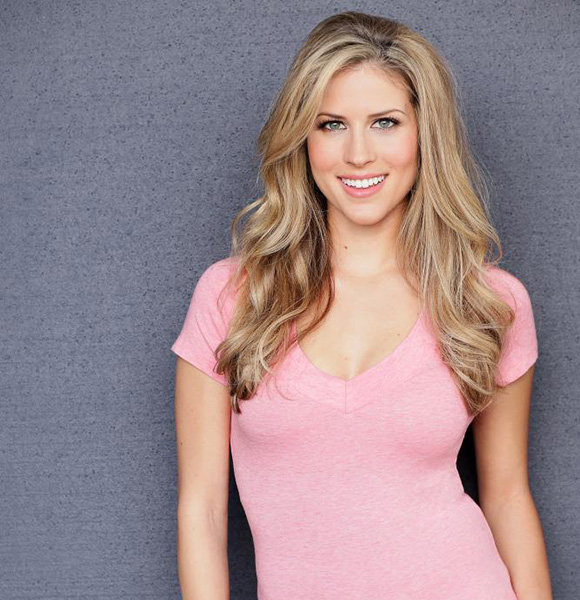 Andrea Feczko is the host of ABC’s Vacation Creation.

Apart from presenting the favorite show, she has been correspondent on NBC's First Look and Vice. Her TV appearances don’t end there; she has also appeared on MTV, FX, Fuse, SyFy, KCAL, Bleacher Report, CBS Sports, EPIX, to name a few.

Adding, she is a travel YouTuber, who owns a channel How 2 Travelers. Before joining the social media platform as a creator, she appeared on a 2010 viral YouTube video entitled, TIK TOK KESHA Parody: Glitter Puke Key of Awe$ome #13 on The Key of Awesome's channel.

Andrea was born on 17th October 1985 at Troy, Michigan. She is the youngest amid three siblings; she has an older brother and a sister. She shares Ukrainian-Rusyn-Polish-German ethnicity with her siblings.

Coming from a supportive brood, her family encouraged her to follow a specific career path at a young age. The Vacation Chasers host’s parents sent her to Australia and New Zealand as a US Youth Ambassador. Traveling at a young age helped her realize her love for exploring new places. Thus, she decided to turn her love into a full-time job by studying Broadcast Journalism. Andrea - height 5 feet 4 inches (1.62 m) - moved to New York to complete her education at NYU at the age of 17. The university provided her bundle of opportunities to travel via its abroad exchange programs.

Today, courtesy of her burgeoning TV career, she makes a salary of an average $50, 000 per year.

Also, she has worked with major brands like Verizon, Carnival Cruises, and GoPro as a social influencer. Add to that, her YouTube channel, How 2 Travelers’ income of an average of $279 - $4.5K, also adds to her undisclosed net worth.

Andrea’s charming presence on TV screens and YouTube makes people wonder if the witty lady is in a relationship. However, the Vacation Creation host likes to keep her personal life details to herself. Thus, there is no detailed information on her husband potential boyfriend.

But, on 13th Mar 2017, she joked about having found a husband material guy and posted a picture of a man by blurring his eyes. While she jokes about her marriage and dating life without giving any evidence with weight, one thing is sure that she was dating a boyfriend till 2010.