By LRU Writer | On: May 21, 2021
The Royalty Family, Andrea Espada, and boyfriend- Ali, after dropping hints about getting married via Instagram on March 25, 2021, finally confirm the news about their marriage through a Youtube video with the title- THIS IS FINALLY HAPPENING! (HUGE ANNOUNCEMENT).... 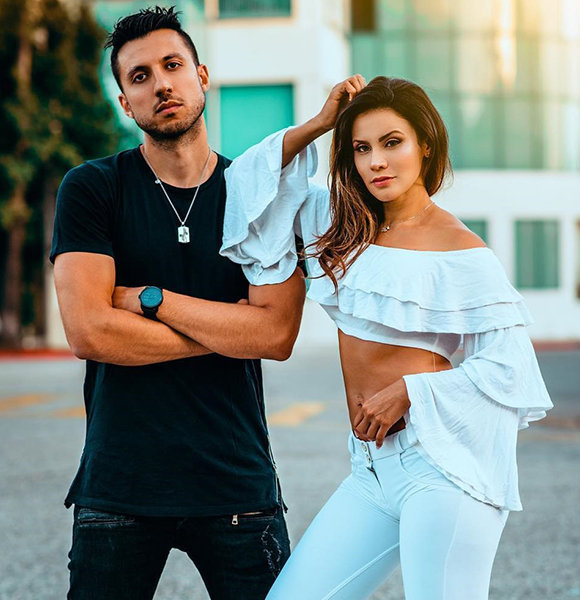 The Royalty Family, Andrea Espada, and boyfriend- Ali, after dropping hints about getting married via Instagram on March 25, 2021, finally confirm the news about their marriage through a Youtube video with the title- THIS IS FINALLY HAPPENING! (HUGE ANNOUNCEMENT).

Andrea and Ali initially shared a confusing post through Instagram, where the caption was not clear if the two were announcing their next baby news or their marriage news. The caption read, "We have amazing news for our family coming soon what do you think it is?" including a baby emoji and a bride emoji.

Fans were quick to guess, and one of the fans commented-

Also, some fans guessed it was a baby-

Finally, the duo broke the news through a video on their Youtube channel on April 04, 2021, and confirmed that they would be getting married on November 2021.

The host of UFC Now, Andrea, has been in a relationship with Ali Espada, an upcoming rapper and boxer. The couple first met while working out at the gym in 2014. Back then, Andrea had not excelled in English, and Ali even learned a bit of Colombian before approaching the TV presenter.

Discover:- Gianluca Vacchi Age 51 New Girlfriend After Split With Wife, Who Is She?

Together, the four appear on several videos posted on their family's YouTube channel, The Royalty Family.

Further, Andrea's fiancé, Ali, has more than 776K followers on Instagram, and he goes by the Instagram handle 4kpapi. He was born in Lebanon, which makes his nationality Lebanese. Although Ali's age is still under wraps, he celebrates his birthday on 25 November.

Andrea is a Colombian immigrant currently residing in Los Angeles who works as a TV presenter, Instagram star, YouTuber, and actress.

In 2009, she got a part in the short movie Jack the Reaper, her first job in the entertainment industry. She later rose to fame, hosting the UFC Now. Andrea's bio suggests that she has appeared in the horror movie City of Dead Men and even hosted the game show Estrella TV presenta: Esto es Guerra.

Recommended For You:- Was Amanda Fuller Ever Pregnant? Curvy Measurements Giving Away Rumors

Further, she is also a famous social media personality who has accumulated over six million followers on Instagram. Her net worth is garnered from her family's YouTube channel, The Royalty Family, which accumulates an annual earning ranging from $406.7K  -  $6.5M  yearly.