By LRU Writer | On: July 09, 2019
Angela Ponce is a model and first transgender model to...won the title of Miss Universe Spain in...participated in Miss Universe in...before her transition...was in a relationship with...net worth amounts to... 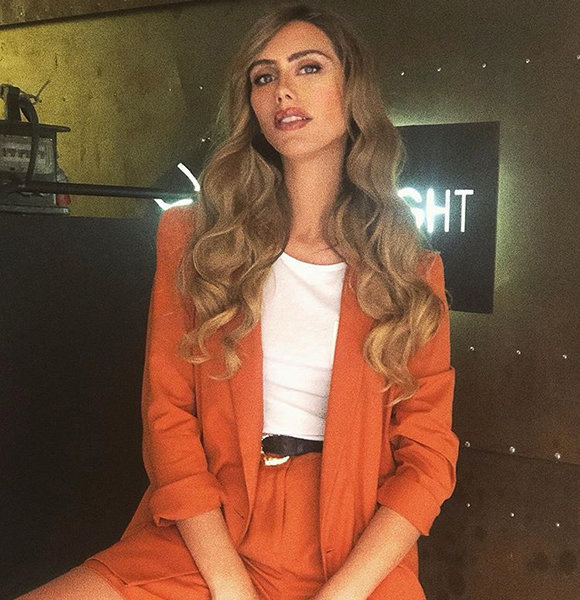 The first transgender to openly participate in an international beauty pageant, Angela Ponce is a professional model and the Miss Universe Spain 2018.

Her rise to fame started with Instagram when she began posting pictures of herself in 2014. After immediate success on the social media site, Angela eventually participated in the Miss Universe but did not win the competition.

Grabbing much attention, she moved on to excel in her modeling career and has featured in magazines like Sevilla and Vogue Spain.

A tall beauty, Angela stands at the height of 5 feet 9 inches (1.75 m). She maintains a lean physique and constant weight of 55 kgs. Her body measurements consist of a size of 32-24-34 inches. Adding to her beauty, Angela's grey eyes and blond hair are her best features.

Talking about her family, Angela is a daughter to father Eustaquio Ponce Moreno and mother, Maria Jose Camacho Notario. Her dad is involved in the restaurant business.

Apart from her parents, she also has two siblings in the family; a sister named Amanda Ponce Camacho and a brother.

Before starting her career as a model, Angela worked in her parent's restaurant. She had always been a fashion freak, and her rise as a model began when she started posting pictures via Instagram in 2014. In a short period, Angela gained a lot of followers. But, things took a turn in between the period as she underwent surgery, changing her gender.

In 2015, she pushed herself one step further and participated in Miss World Spain. Much to her surprise, she could not win the competition, being a transgender woman. After a heartbreak, she worked even harder and forced the rules to change. Finally, in 2018, she was crowned as Miss Spain and became the first transgender women to do so.

After her breathtaking success, the model worked professionally for agencies like Salvador Models & Actors, Apple Model, Marie Management, and Stars Model Agency. She has also featured in top magazines like Sevilla and Vogue Spain.

Being a transgender person, she faced a lot of difficulties but held her head high and kept on moving forward. As of now, she is the brand ambassador of Christian Dior. Angela also supports the Daniela Foundation and participates on campaigns for the right of LGBTQ community.

Apart from her professional life, Angela enjoys her time with family and friends traveling around places. However, the model does not share any relationship with a partner. She was rumored to be dating actor Gabriel Rodriguez in 2018, but neither of the two has confirmed or denied the claims.

As the reigning Miss Spain, Angela enjoys a very lavish lifestyle and is recognized worldwide.

Angela is also one of the top models in the world. She has featured in most of the top magazines and worked with the best agencies.

From a modeling career, she accumulates an earning of $132K per year, which boosts her undisclosed net worth. She also makes a pretty penny from her cover shoots and brand endorsements whose tally is yet to be calculated.