By LRU Writer | On: July 03, 2019
Candice Swanepoel's split with her soon-to-be-husband...pregnant model even shared a nude picture...welcomed their second son on...her height is... modeled for more than 25 famous brands... 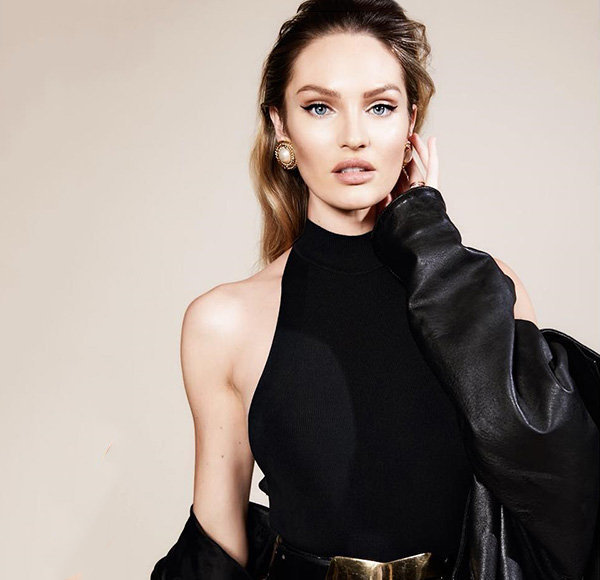 South African supermodel Candice Swanepoel is best known for her association with lingerie brand Victoria’s Secret. Her recurring appearance in fashion shows since 2007, has led her to become one of the top-earning supermodels of the world.

Moreover, she featured on the front page of prominent fashion magazines, including Vogue, Harpers Bazaar, Elle, and GQ.

Throughout her career, she has modeled for more than 25 famous brands, and in 2013, she was even selected to promote Victoria Secret’s 10 million dollar bra, named the "Royal Fantasy Bra."

The Victoria’s Secret angel is in a relationship with her fiance Hermann Nicoli since 2005. She first met her partner during their modeling assignment in Paris; Hermann is also a professional model from Brazil.

Even though they got engaged in 2015 after dating for ten years, they haven’t married yet.

Nevertheless, a year after their engagement, Candice became pregnant with her first son, Anaca. The pregnant model even shared a picture of her baby bump to her fans.

After the birth of their first son, the pair again welcomed their second son Ariel into their family in 2018. But, rumors started to circulate about the South African model’s split with her soon-to-be-husband; she got frequently spotted without him and her engagement ring. They even stopped following each other on social media.

However, proving the rumors false, Candice denied the speculation citing that she didn’t need to justify her relationship among the public.

She also has an older brother named Stephen Swanepoel.

Her unexpected venture into modeling started when she was still studying at St. Anne’s College at the age of 15. While shopping in Durban Flee Market, her beauty caught the attention of a model scout, who offered her a job on the spot.

And by the age of 16, she was already earning more than $6000 a day modeling for top brands like Dolce and Gabbana. A year later, she was signed by Victoria's Secret. From there, her career skyrocketed.

In 2012 and 2013, she got listed as the 10th top-earning model by Forbes magazine. No surprise, that she now has a net worth of impressive $25 million.

The supermodel’s slim and sexy physique with an impressive weight of just 54 kilograms has been the heartthrob of many.

Her blonde hair and beautiful blue eyes are among one of her distinguishing features. Her height is 5 feet and 9 inches (1.75 meters). Likewise, her bra size is 32B, and shoe size is 8.